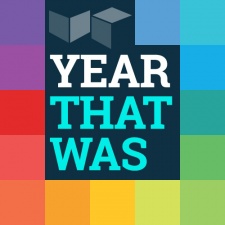 There we have it, ladies and gentlemen - the end of an amazing year in XR. From Arizona Sunshine selling like hotcakes on PC and the very first XR Connects event in London in January through ARKit’s consumer launch in September and Microsoft joining the fray with its Windows Mixed Reality headsets in October to December’s news that PS VR has sold 2M units and our first look at the Magic Leap, there’s been a lot of VR, AR and MR for us to report on in 2017.

Has all that - and more - really happened in the space of a year? Now we know why Executive Producer of Experiences at Oculus, Yelena Rachitsky, joked at November’s Oculus Unwrapped event in London, “I like to think in terms of dog years, because one year in VR feels like seven years in real life - everything moves so fast!”

Without further ado, let’s take a look at how the year unfolded month by month as we wrap up this year’s biggest stories, headlines and industry trends in VR, AR and MR. Check back daily for a new update every day from now until the end of the year...