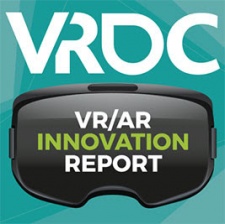 The second annual VRDC VR/AR Innovation Report, based on data from the UBM Game Network, shows a clear rise in the popularity of the HTC Vive and the Oculus Rift among industry professionals, an increasing interest in developing platform-exclusive experiences, and an understanding that most devs believe VR/AR will be a profitable, sustainable industry in the mid- to long-term, after a tricky short-term.