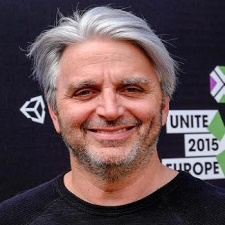 Unity has offered to pay for 50 developers to attend its Unite Amsterdam event on 27th-29th June if they are impacted by US President Donald Trump's immigration ban.

Unity CEO John Riccitiello stated that "Our developers in 7 countries now feel targeted and less welcome in the USA", before going on to add that, “Residents of other countries feel like they’re potentially next and unwelcome”.

Explaining the decision further Riccitiello said, "Questions about discrimination are more present than any time in recent history. For Unity, if there is a shared value beyond our mission statement, I believe it is a belief in non-discrimination."

Unity intends to invite other developers and platform companies to sponsor affected developers over and above the 50 the company is paying for. Riccitiello explained that, "If we end up having more sponsored developers than we can accommodate in Amsterdam, we'll look to take the overflow to other Unite events".

At the time of writing, the ban has been lifted but it is being debated in a US Appeals court. Riccitiello asserts that regardless of the outcome, “Our community of developers is feeling uneasy”.

The news was announced by Riccitiello in a message sent to all Unity employees. It was later shared on Twitter by Robert Cupisz, a graphics programmer with the company.

To find out more about how the games industry is taking action against the present POTUS, see this article on our sister site, PocketGamer.biz