Magic Leap: What It Isn’t – And What It Could Be 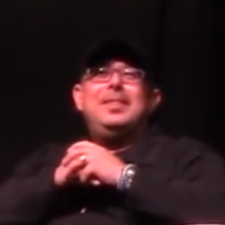 With the news that Magic Leap’s long-awaited launch is ‘Not far away’ at the eMerge Americas investor conference, Founder and CEO Rony Abovitz explained more about spatial computing, the company’s mysterious hardware, its place in a wider ecosystem and the ethical implications of creating the next computing platform.

At what point does a start-up stop being a start-up? Magic Leap has a projected market value of $8 billion and is already making acquisitions of its own. The company employs 1,000 people worldwide, with 800 of those in South Florida. That’s a remarkable set of numbers for a company that is yet to release a product.

With access to prototype hardware extremely limited, coverage to date seems to have fallen into two camps; advocates and those who cry ‘Emperor’s new clothes’. Abovitz has never wavered from claims that Magic Leap is nothing short of revolutionary, with the potential to change computing forever – explaining the sizable investment from the likes of Google, Alibaba and Qualcomm. With mobile growth stagnating, tech investors are looking for alternatives. As Abovitz said, “The wars over phone and tablet and PC? They’re largely over. The completely Wild West is this new form of computing”.

And his vision for this always-on frontier ranges from remote babysitting to creating the next Facebook – although he’s keen for its creators to look forwards, not back. With that kind of diversity Abovitz said, “We’re building a platform that could stir millions of creators to build businesses to serve billions of people.”

The people that will make Magic Leap a success with a breadth of content may not be the same developers that supported smartphones by building apps. Abovitz referred to ‘creators’ as being a broader definition than ‘developers’, specifically mentioning artists, filmmakers and musicians saying that, “It’s a wonderful medium for creative expression.”

What we’re doing is a new class of computing – it’s a totally different kind of experience.

This Is Not VR

And what exactly is that medium? Abovitz was adamant that, “I would say firmly we’re not VR.” He described cellphone type displays that block out the world saying, “We’re not that!” While he’s happy that AR is being experienced on mobiles, Abovitz describes that as, “Looking through the doorway into some future world, but it really isn’t experientially or technically very similar to what we’re doing.

“What we’re doing is a new class of computing... Think of it as spatial and ambience where it’s contextually aware – it’s a totally different kind of experience... We’re using our digital light field to create a personal computer that’s always around you; always understanding.”

And Abovitz sees that new class of computing as more than just the eyewear; he sees the Magic Leap ecosystem as comprising hardware, software, services and datacentres. “That’s a completely different way of thinking about computing design than a phone for VR or AR”.

Magic Leap is designed for the spatial ambient world we live in; you don’t live inside a screen.

From Flat To Spatial

But Abovitz is happy that smartphone-based AR will help consumers, “Begin to change thinking from the flat world”. As he put it, “Magic Leap is designed for the spatial ambient world we live in; you don’t live inside a screen.” And echoing both Facebook and Google’s interest in AI as essential to AR, Abovitz said, “We’re trying to build a computer to act like people act; that will understand your world without you having to tell it all the time.”

So if Magic Leap isn’t VR and it isn’t AR, what is it? “Spatial computing with a digital light field.” That’s not exactly snappy, but at least it isn’t another acronym to argue over...

These technologies are agnostic; they don’t have ethics or morality - we have to put that into our tech.

The Only Way Is Ethics

As this new class of computing approaches, Abovitz believes that ethics and morality will be of the utmost importance in the next decade. “You want to point in a direction that tries to better people; better yourself. All these technologies are agnostic; they don’t have ethics or morality - we have to put that into our tech.”

He’s obviously aware of the potential impact his spatial computing could have on the human race saying, “This is one of those times in humanity where you could move down dangerous paths or we could do great things. We could amplify people or we could replace them... Everybody will be part of that decision-making process.”

You can’t just say ‘Everything will be OK’.

Abovitz urges innovators and entrepreneurs alike to consider the impact their creations could have. “I don’t think it’s good enough any more for engineers to say ‘I don’t have to worry about the left side or the right side of the brain; I’m only one of them.’ There’s no way you can innovate without being both sides – and you can’t just say ‘Everything will be OK’.”

His casual manifesto is that, “Science and engineering needs to bind those things together much more than it did.” He explains that, “You have to think, ‘Am I doing good for the local region, for the country and more globally?’ You can’t just think ‘I’m just gonna make a load of capital.’ Those days where you don’t worry about your impact should be over”.