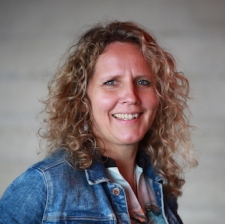 Mary Matheson is the Series Director on a new five-part series of 360-videos from Surround Vision and Google VR, The Female Planet. Find out what motivated her to make the series, why women are better represented in XR than conventional development and what can be done to ensure more gender parity in the future.

“Have you ever had that experience where you’re sitting in a meeting and you know all the answers but nobody is asking you the questions?” This was a rhetorical question posed by Inna Braverman, founder and CEO of Eco Wave Power, a wave energy company. But really it’s a question most women would answer with a resounding, “Yes!”

Braverman’s response, supported by her male colleague, was to simply answer the questions because she was the one who knew the answers. Eventually, she says, the men in the meeting began to ask her the questions as they realised she was the brains behind the project.

If young women see other women in any role in life, they will understand that those jobs will be open to them too.

Braverman is the latest woman to feature in a series I’m directing for Surround Vision and Google VR, The Female Planet. Shot in 360 with added graphics, the films allow us to shadow five extraordinary women, who tell us about their life journeys and motivations.

When Surround Vision took the series idea to Google, their VR team jumped on it knowing that there was a gap in the market for content made for young women. Clearly there was a business element to their commission, but it was also down to a strong female presence and leadership within the Google VR team.

Like us at Surround Vision, they were huge advocates of, “If I can see it, I can be it” – if young women see other women in any role in life, they will understand that those jobs will be open to them too. By immersing the viewer into the lives of successful women, we wanted to open new worlds to young women everywhere. The idea is that by widening the pool of female role models visible to them, it would normalise female leadership in all walks of life.

One of our characters is a young, black scientist who was one of only 10 women in a class of 60 at university. It’s absolutely vital that women are visible in all jobs and professions so that girls today don’t feel any limitations on what they can do or who they can become in life.

It’s exciting to throw long-held assumptions out the window and come up with innovations that you hope will be ground-breaking.

At The Vanguard Of A New Industry

The VR world is the same – we need to see women in leadership roles, heading up companies or directing films. There seems to be a genuine desire on the part of the VR industry to be gender balanced, perhaps because it’s ‘new’ and there is a sense that we can shape the industry now as it grows.

This is down in part to networks like Women in VR, which provide concrete fora for discussion and support, but more importantly they advertise jobs and collaborative opportunities. Within these groups there is a very real solidarity, where women are trying to promote support each other.

Many in the industry have asked why there seem to be more women in VR than in gaming development. I’m sure in part, it’s that we have all come from different spheres – film, TV, radio, gaming, charity work, business, property – so old relationships or traditional structures aren’t in place. We have had to create our own, and it’s possible to do this along new lines.

There’s also something about being at the vanguard of a new industry, where perhaps we all feel like we’re breaking out of the mould that has been set out for us in our field. Many of the golden rules I have followed in documentary filmmaking went out the window when I started to make 360 films.

It’s exciting to throw long-held assumptions out the window and come up with innovations that you hope will be ground-breaking. This might also be reflected in the new ways that people in the VR industry want to work – out with old stereotypes and dinosaur attitudes to women!

Don’t get me wrong – there’s a long way to go. There is still a very strong ‘bro culture’ in both the tech and film side of the industry, particularly in camera work and editing. But more productions are making sure they have more female representation on the team. And I expect this will have a snowball effect as I said above, where the more women you see, the more others will realise they can do it too.

For me, directing this series was very close to my heart… and it would have been for any woman making it. The stories that these women shared of overcoming barriers thrown in the way of - particularly young - women were important for other women to hear for two reasons: they know they are not the only ones; and they get some top tips on how to deal with it.

The barriers have been broken and the trail has been blazed for other women to follow.

At 23, Inna Braverman entered a very traditional world of engineering and electric power generation. She has a list as long as her arm of situations where she wasn’t taken seriously because she was a young woman in a middle-aged male world. On one occasion a team of engineers came for a meeting and presumed she was a secretary so asked for a cup of coffee. Braverman went off and got the coffee and then sat down at the table, introduced herself and led the meeting.

When I tell other women in VR about The Female Planet, they all have similar stories about how obstacles were thrown in their paths to stop them fulfilling their potential, and I have a good few stories myself of cutting my teeth as a young journalist.

But we’ve entered a brave new VR world, where women form a significant part of the foundation. The barriers have been broken and I, for one, believe the trail has been blazed for other women to follow.

Director Mary Matheson cut her teeth reporting on Colombia’s drug cartels and guerrilla war in Colombia. She has made award-winning films for international charities Save the Children, Plan International and Christian Aid. Her first 360 film, Mamie’s Dream was shot in Sierra Leone in 2016. The film premiered at Sheffield’s 2017 Doc/Fest and was nominated for the Alternate Realities Award. She is currently directing a five-part 360 series, The Female Planet, for Surround Vision and Google VR.