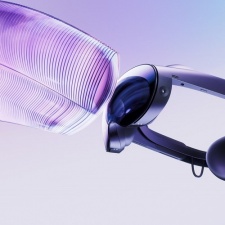 Hats off to Meta. At their recent 2022 Connect event they successfully sold the dream and changed my mind. Again.

While the sight of Mark Zuckerberg enthusiastically chugging his own Kool-Aid is nothing new, at this juncture in the whole Meta Vs Metaverse Vs Rest-of-the-world Vs Facebook Investors debacle, the Zuckerberg-And-Friends keynote was – for this observer – truly standout for all the wrong reasons.

Firstly, credit where credit’s due. While the entire 90 minute show was a 100% pre-record (doubtless with every dubious inflection or nervous glance removed) the bulletproof level of sheer belief and steadfast assuredness in the company’s metaverse directive is remarkable. There’s was not one iota of doubt (or anger or pain) on display as Zuckerberg excitedly sold us his future while patiently waiting for the rest of us to catch up.

In fact, Zuck’s ‘quest’ for connecting people is clearly stronger and more focused than ever. The last time we saw someone this enthusiastic, carefree and certain, they’d just deleted all their social media accounts.

This one is for you – the believers – the people that always thought that this is where technology should go. The people who’d rather be early than fashionably late.

All aboard the Meta train!

“This one is for you – the believers – the people that always thought that this is where technology should go. The people who’d rather be early than fashionably late,” says Zuck, and all you need to do to climb on board is ignore all the evidence that’s heaping up all around him.

Facebook’s profits are no longer growing. Joe and Jane Average don’t understand what he’s talking about any more. AND this most assuredly ISN’T the future that get-rich-quick Facebook investors want. All facts that appear to have completely passed the future king of any-kind-of-metaverse by.

And, as that keynote whistled on with folks being amazed by Beat Saber (obvs) it’s obviously a goggled vision shared by his Metamates Andrew ‘Boz’ Bosworth, Meta CTO, the head of Reality Labs and Reality Labs Chief Scientist, Michael Abrash, both of which behaved as if it was Christmas Eve and Meta big gift to the world was only hours away rather than – potentially – never arriving at all.

“At first glance, many people believe that virtual reality is a fundamentally single-player experience, something that you do on your own, away from the rest of the world,” explained Boz correctly. And he’s right. If there's anything more detaching and solitary than placing a mask over your face and plugging up your eyes and ears then we don’t want to hear about it.

“But we’ve never looked at it that way,” he went on. “From the very beginning, a decade ago when we first started this journey, we believed that it would be a great social platform. That’s why we got into it.”

Right. So you didn’t see it so much as putting a bucket on your head, but as a BETTER way to connect to people?… Let’s just say that we’re impressed by your vision.

So VR obviously IS the answer, right?

“This has been the story of every computing platform that we’ve seen so far. Whether that’s email on desktop, instant messaging on laptops, or video calls on the phone. Every technology platform has brought great value to my life, but what I value most is the way they keep me connected with the people that I care the most about,” continues Boz. “And I think this will be especially true for VR, and eventually AR,” chimes in Zuck, at once making quite the tangential leap from actual to virtual reality AND revealing his ongoing favouritism for the virtual space over the actual in one bound.

And all too soon we were at the crux of the presentation and real reason we were all there: the official release of the Quest Pro headset and its price tag. And at $1499 (and £1499) let’s just say we’re not seeing the immediate breakthrough we were hoping for. In fact, even investors hoping for Meta to finally make some money from this are disappointed. It’s a strange state for a business to be in when $1499 is clearly too much for your target audience to swallow and yet at the same time not enough too,

Sure, it’s ‘an enterprise product’… But that’s hardly the gateway drug that this patient needs right now.

At least there’s the promise of some AR glasses on the way too as Zuck’s buddying up with existing Stories partner Ray-Ban confirmed. The demo looked great. Useful overlays over the real world. And perhaps this headset (which was kept out of shot) will come in significantly cheaper, and give increased utility by nature of being less attention all-consuming? Time will tell. But it’s time can’t come soon enough.

Whatever Meta’s long-term goals may be, it seems that there are plenty of short-term hurdles still to leap. So, for now at least, best on keeping drinking that Kool-Aid...

Meta also revealed Quest Store lifetime sales of $1.5bn and details about its biggest-selling titles during the live stream, plus you can read about every game featured during the Meta Connect event in our previous article.