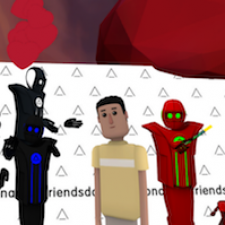 Social VR provider, AltspaceVR, is to shut down at 19:00 PDT this coming Thursday, 3rd August. The move has been prompted by a failure to secure additional funding. The announcement was made in a blog post, saying that, “The company has run into unforeseen financial difficulty and we can’t afford to keep the virtual lights on anymore”.

The company last received funding in 2015, but the decision to close was made after an anticipated deal, ‘Fell through’. The blog states that a, “Combination of this deal falling through and the general slowness of VR market growth made most of our investors reluctant to fund us further. We’ve been out fundraising but have run out of time and money.”

Since the Redwood City company was founded in 2013, it has attracted 35,000 people with the average user spending 35 minutes a day in AltspaceVR. They urge users to connect with AltspaceVR friends to swap contact details and saving stored photos.

The firm advises developers who created SDK apps to look at WebVR and outlets such as A-Frame, MozillaVR, and Chrome. AltspaceVR’s existing open source repos will be kept open as long as possible, but they invite devs to, 'Fork them if you would like to ensure continued access'.

There will be a final farewell party on Thursday, before AltspaceVR is shut down.