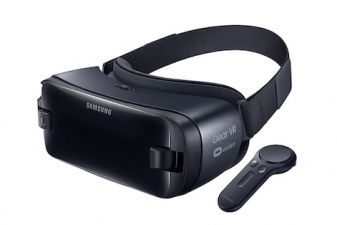 Samsung announced its brand-new Gear VR with Controller this weekend at Mobile World Congress. Following the lead of Google Daydream’s one-handed controller, the Gear VR Controller’s touchpad has been tuned to make it easy to navigate to videos and perform actions within a game, while the trigger lets you select, grab, take aim, and fire.

Ergonomically designed for use with a single hand, the controller also has integrated home, volume, and back buttons, so you can move through a variety of content without breaking immersion.

Oculus said, “We’ve been working closely with Samsung to improve our mobile VR platform with the latest advancements in VR input and interactivity—you’ll be able to use your hand to point, drag and drop, tilt, shoot, and more.”

Oculus is promising ‘an amazing lineup of controller-compatible content’, with more than 70 new controller titles already in development. All existing touchpad apps will be compatible as well, which means plenty of existing Gear VR apps will be ready from day one.