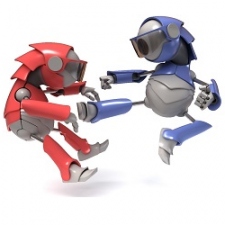 Last year was a record breaker for games, with tech M&A advisor Digi-Capital’s new Games Report 2017$30.3 billion games deals in 2016. The $28.4 billion of games mergers and acquisitions (M&A) was 77 per cent higher than 2014’s previous record, and $1.9 billion games investment was the second highest ever. With games revenue set to grow from $117 billion in 2017 to over $170 billion by 2021, games has turned into a two-speed market driving massive consolidation around mobile games in particular.

So what's behind the consolidation around mobile games? Mobile apps (not just games) revenue grew an unexpected 40% last year, with China a major driver. Taking over three-quarters of all mobile apps revenue globally, mobile games had an absolute flyer. Despite this outperformance, mobile games growth could slow to 14.5% annually long-term (CAGR) for over $80 billion revenue by 2021 (gross apps revenue across iOS, Google Play and all the Chinese app stores). That’s more revenue than the entire games market a few years ago.

VR hardware, AR games and VR games look set to drive over $20 billion revenue combined by 2021. VR hardware (headsets, peripherals and PCs/GPUs) delivered in the low single digit billions range last year, and could drive over $7 billion revenue by 2021. VR hardware is dominated by giants like Facebook already, so solutions for specific problems are probably best for startups. Together with the games tech/services and mobile games, these smaller, faster sectors are where billions of dollars from VCs and corporates were invested into games in the last 12 months.

AR games – particularly mobile AR games - had their first hit with Pokémon Go (even if industry insiders don’t like to call it AR). If true mobile AR goes mass market next year (underperform 2019, outperform 2017), AR games could drive almost $7 billion revenue in 5 years’ time – more than VR games. Pokémon Go might have made more money than all VR games combined last year, but VR games still have a lot of runway. With high growth rates, VR games could top $6 billion by 2021.

From here it looks like games could grow well beyond the $117 billion revenue we’re anticipating for 2017, potentially topping $170 billion by 2021. Markets at this scale and maturity are ripe for consolidation, so don’t be surprised if a few more big deals happen this year. While it’s always possible the market might not deliver such big numbers, mobile, VR and AR look set to keep things interesting.