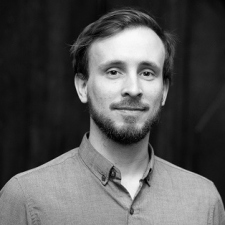 Christophe Mallet, co-founder at London immersive tech agency, Somewhere Else, takes a look at XR’s growing pains and growth spurts since the format’s rebirth in 2013.

The Commercial Director is joined by Communications Director, Hussein Khalil, in writing this article, drawing on the studio’s experiences working in VR and AR with big name brands such as adidas, Exxon Mobil and Samsung.

Virtual Reality (VR) is going through awkward and exciting changes. VR was reborn only four years ago, after a rough start in the 1980s. You could say that VR is in its adolescence. Now that Augmented Reality (AR) and Mixed Reality (MR) are gaining traction, the public no longer thinks VR is new or shiny. But back in 2013, WIRED set the tone for years to come with this headline, Oculus Primed: Meet the Geniuses Who Finally Mastered Virtual Reality.

Much like a proud parent, WIRED had high expectations for Palmer Luckey's legacy. When Facebook acquired Oculus in 2014, VR became the wunderkind (wonder child) of tech. Three years later, the world is slightly bored of VR. It's awkward, uncomfortable and misunderstood. Why? Because of puberty, naturally. It’s an awkward time for everyone.

The media sees the immersive media space as a VR vs. AR contest, and that’s partly responsible for VR's identity crisis.

VR's growth spurt started in 2015. The number of companies swelled, content was plentiful, and nearly 100M headsets were sold (mainly Google cardboard). The promise was ‘digital disruption’. By the end of 2016, VR became a synonym for hype. The news covered VR because it was new and exciting. There were great expectations and greater disappointments. A reminder of that teenage anxiety you felt when things just… grew.

In 2017, AR and MR are the new wunderkinder. Where VR 'failed', AR and MR would succeed - or so everyone thinks. To an extent, the media sees the immersive media space as a VR vs. AR contest, and that’s partly responsible for VR's identity crisis. The Huffington Post captured that feeling well when it said, VR is dead. Long Live VR.

With AR and MR at its side, VR is pioneering the immersive technologies market. All three media aren't competing for the same space.

With AR and MR at its side, VR is pioneering the immersive technologies market. All three media aren't competing for the same space. Their rise signals recognition and public confidence. Out of the spotlight, VR is free to explore new routes and applications such as software, corporate training, or healthcare, assert its identity and become a strategic option that adds value across industries.

The public is now focused on the novelty and promise of AR and MR. This is when VR learned how to assert its own identity; through purpose and not through innovation for innovation’s sake. At the core of immersive media's growth and development, VR is driving purpose into existing areas, and branching out to new ones.

VR storytelling has come a long way since the over-hyped 360-degree film experiments of 2015. The Academy just recognised Carne Y Arena by Alejandro G. Iñarritu, an interactive VR experience that blurs the lines between viewer and character roles in a narrative of the immigrant struggle in the Americas. The piece won a special achievement Oscar, and will hopefully drive future recognition of VR just as Toy Story started the Animated Feature Film Category.

The award is an indication that mainstream filmmaking wants VR to work, and not just by using VR. Steven Spielberg’s adaptation of Ready Player One (2018) signals that the world is interested in VR and curious about what it could become.

Consumers aren’t as impressed with products anymore; they’re driven by experiences. To adapt, brands have changed the way they reach audiences. This is where VR adds value - it helps brands build emotive relationships with audiences and takes them beyond the product. For example, adidas used VR to create an interactive climbing experience and set up installations across its stores. Unlike product-centric ads, VR allows users to relate, aspire and feel empowered.

VR training has completely taken off. Because the medium is experiential, you can own and control how you learn. Training becomes personalised, fun, and much more engaging - in some cases, it can even lead to safer training scenarios. For those of you who are all too familiar with the KFC employee training sim.

Walmart is another example where VR training is taken to scale. The company uses VR in 170 of its Training Academies - that’s one VR training centre for every 25 stores. With straightforward 360-degree videos, employees prepare for exceptional circumstances like Black Friday, which aren’t easy or cheap to replicate in normal training conditions. Put simply, VR training is elegant in its simplicity. VR training is primed to transform learning and development - and this is just the start.

VR proves its value for companies because it’s cost-efficient and helps improve output quality and/or employee performance. The medical field has taken a big interest in the medium, and research has already shown that surgeons who train in VR are less likely to make common errors. Keep that in mind for when you go for an appendectomy.

VR will find purpose in specialisation. Consumers adapt to change through a quiet and slow process. It will evolve to the point that it becomes beyond reproach. Right now, the industry is still young and confused by big questions such as ‘Purpose’. As The Verge puts it, the industry is riding The Rise and Fall and Rise of Virtual Reality.

VR is what we make it. People care about the medium and that’s reason enough to see its awkward adolescence through.

With great purpose, comes great responsibility. The discomforts of puberty will eventually come to an end. VR needs to learn from its experience and confidently tell the world what it can do. Ultimately, VR is what we make it. People care about the medium and that’s reason enough to see its awkward adolescence through.

Here are a few principles that we maintain when we speak about the industry, the medium and its potential:

Anything worth having doesn’t come easy. Challenges or experiences are better when they’re shared. After all, the best part about puberty is that you’re not the only one who’s miserable.

Christophe Mallet is the Commercial Director and Co-founder at Somewhere Else, the London-based creative agency and immersive tech consultancy. A marketing veteran with eight years of experience in digital and social media strategy, Christophe saw the potential of Virtual and Augmented Reality for brand communication early.

At Exzeb, a Paris-based VR studio, he grew his passion for immersive storytelling, interactive design and emerging tech through projects for the likes of Canal+, Resident Advisor and Sony.

Christophe strives to make immersive tech work harder for clients, and started Somewhere Else to position AR, VR and MR as solutions that empower client strategy. He has so far helped adidas, Exxon Mobil and Samsung, among others. achieve their full potential in the Age of Experience.

Hussein Khalil is the Communications Director at Somewhere Else.