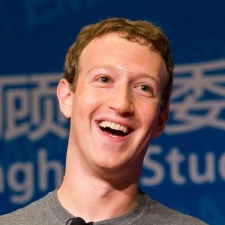 Towards the end of last week’s Facebook Q1 2017 Quarterly Earnings Call, CEO Mark Zuckerberg was asked about the potential commercial application of Augmented Reality. Zuckerberg’s reply gives us some insight into his vision for monetising the medium.

His first suggestion was that, “One of the examples I showed at F8 was around using object recognition and computer vision to be able to point your camera at something and then tap on it and get a card of information maybe even a ‘Buy’ button, right?”

But Zuckerberg’s thinking goes beyond a simple e-commerce solution; he continued to say, “There are lots of different ways that, over time, this kind of content is going to both augment existing real-world objects and eventually replace them, which I think is going to be an interesting opportunity, maybe not on augmented reality on the phone but on glasses eventually.”

The example he used was to suggest that, “We’re going to get to a point where things like TV; you’ll no longer need a physical TV. You'll get a $1 app that you can watch a screen on and it will [be an] interesting exercise to see how many of the things that we have that are physical things don't actually need to be physical in that world.”

Thinking through the prospect of a future freed from the need for physical hardware such as TV sets, Zuckerberg hypothesised that, “How much innovation that opens up independent developers all around the world and a lot of people don't have a factory. So they can’t build a TV, but think about how many kids in different developers around the world - kids in dorm rooms and all these different places – are going to be able to create things that today they couldn't.”

But as Facebook has been keen to remind us, this kind of innovation won’t happen overnight. Zuckerberg said, “I think this is going to create a pretty interesting economy, so a lot of that stuff is pretty far out; 5, 10 years. But we want to be pushing this forward.”

Facebook’s big ticket 2014 acquisition of Oculus may have paved the way for wider investment in VR, but that doesn’t stop Zuckerberg from saying, “I think we're a little bit late to the trend initially around making cameras the centre of how sharing works.” The CEO remains bullish about the company’s plans for the sector though saying, “At this point, we're pretty much ahead in terms of the technology that we're building - and making it an open platform is a big step forward.”

And can Facebook retain its position at the forefront of immersive media? “I would expect us to continue leading the way forward on this from this point on.”