Star Wars And Seurat: Opening The Door To Cinematic Realism In VR 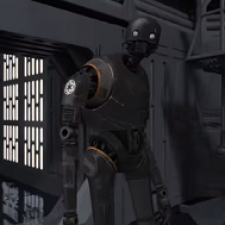 Google announced exciting new technology at their Californian I/O event that they claim enables developers to ‘achieve desktop-level graphics or better with a mobile GPU’. This software, known as Seurat, could be key in enabling the standalone VR headset announced at the same event to compete with the performance of tethered systems.

And who better to confirm those claims than Lucasfilm’s effects house, ILMxLAB, who have produced visual effects for many Hollywood movies, perhaps most notably the Star Wars series.

John Gaeta, Executive Creative Director at ILMxLAB has high expectations for VR experiences and it’s clear that he doesn’t see it as a ‘second-best’ medium for storytelling. He said, “The depth of the world that we would like you to step into is as thoughtful and creative and exacting as anything we might put in our films”.

But when making movies, studios have the benefit of months of development to ensure the final footage has the polish that is expected by a discerning audience. That’s a luxury that interactive experiences – including games – don’t have, as the scene must respond instantly to user input. So real-time rendering is essential. Lewey Geselowitz, Senior UX Engineer said, “When xLAB was approached by Google, they said that they could take our ILM renders and make them run in real-time on a VR phone. Turns out it’s true.”

In terms of actual benefits offered by Seurat, John Knoll, Chief Creative Officer at ILM said, “You can have very dense, complex scenes with sophisticated shading that traditionally can’t run in real-time on an engine”. And is it effective? Geselowitz thinks so; “When I see people in our demo looking at the floor and going on their hands on knees to inspect the curvature of every little bend, I really think we’re onto something”.

The demo video may be neither spectacular nor dramatic, but it is impressive. The recreation of the familiar location of the hangar bay is convincing and we’d be happy to further explore that quality of environment in VR – mobile or not. Seurat has the potential to dramatically improve the VR experience; as Gaeta observed, “That potentially opens the door to cinematic realism in VR”.

Google rumoured to be investing in Magic Leap's 'cinematic reality'

Is Meta failing to ensure children's safety online in VR?