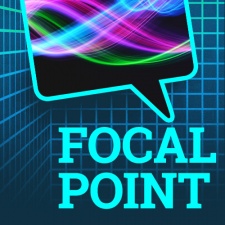 November 2021: It seems like there was a major VR launch/reveal/announcement every other day in October - we can't remember a month like it since we first launched TheVirtualReport.biz all the way back in 2016. With very public activity from Facebook/Meta, HTC Vive,  Varjo, Pimax, and Lynx - with Microsoft joining in just a couple of days into November - see the links for our coverage - the deluge has to be our hot topic for this month's Focal Point.

What did you make of last month's many and varied VR announcements, launches and online events?

The ‘big tech’ narrative obscures the reality of hundreds of determined and ethically driven individuals working to shape these organisations.

"Zuckerberg’s presentations over the past two years have signaled with increasing clarity the breadth and depth of their vision. With such immense financial, human and data-mining resources behind them, their ability to execute inspires a feeling of awe - and some concern.

"Plenty of players and even startups may grow to challenge the group now formerly known as Facebook. Microsoft vs Meta seems the most significant battle whose lines are now being drawn [Ed: See our coverage]. Facebook’s Horizons Workrooms is a brash step into Microsoft’s office domain, albeit one that will take time to establish a base [Ed: See our coverage]. Microsoft is increasingly focused on its Mesh project, which feels like a powerful play to transition its dominance of the office environment and position in gaming to an XR world [Ed: See our coverage on the Beyond Games site]. It has the potential to encroach on Facebook’s dominance of advertising as that medium and economy transitions to XR.

"I’ve engaged a little with both companies in recent months on the accessibility front. My experience has been that the ‘big tech’ narrative obscures the reality of hundreds of determined and ethically driven individuals working to shape these organisations.

"As both companies fight to reinvent themselves for the metaverse, I’m reminded of Stephen Elop’s ‘Burning Platform’ speech when he moved from Microsoft to Nokia. The forces driving Meta and Microsoft to reinvent their core businesses before they are eaten by competition - or lost to generational shifts - is clearly key to understanding the energy and urgency of their XR/metaverse visions."

I couldn't be more disgusted.

[On Meta and the metaverse] "This shared persistent space was well and truly trashed by the king of homogeny last month. I couldn't be more disgusted. A place for everyone needs buy-in from everyone. An open system for the metaverse has always been the way. Device and platform agnosticism is a requirement. Any tech giant who feels it is their personal duty to give us a metaverse needs to get their ego in check and give their collective heads a shake."

I feel that there is a stronger belief in VR technology today than ever before.

"In October, we saw different target groups for VR hardware getting their own attention; from the casual-focused HTC Vive Flow to the high-end experiences promised in the new Pimax Reality headset.

"With Meta aiming to claim pole position with the metaverse, one thing is clear to me: we are now seeing a trend in VR where companies specialise their strategies in order to attract specific user bases and secure their interest by offering pinpointed usage areas. Another example is Sony with their upcoming NGVR headset, apparently targeted exclusively towards gamers. [Ed: See our coverage].

"I feel that there is a stronger belief in VR technology today than ever before."

Now almost everyone knows about the metaverse, even if they have not understood properly what it means.

"It has been a crazy October, with so many exciting announcements! Obviously, the biggest one has been Mark Zuckerberg announcing Meta and the reason is that it is for sure going to have enormous ripple effects in the XR ecosystem. With Facebook being so bullish on the metaverse, many other companies will follow suit and many investors will pour money into XR startups because XR is a hot topic now.

"Furthermore, the news has sparked a lot of interest in social media and now almost everyone knows about the metaverse, even if they have not understood properly what it means. These effects are bigger than the ones of any hardware announcement."

The flurry of news after an arguably quiet period shows to me that a lot of the investment is starting to pay off.

"Having been involved in 2008's PlayStation Home project on PS3, I suspect my response to this question is kinda predictable... and for me, the best article comes from Forbes and compares Facebook's announced Horizon Worlds to Playstation Home.

"Whilst being told in that article that our dearly departed virtual world looked better then than what is being proposed now may seem like something to brag about, I am actually sharply reminded how much hate we had over the look of the experience at the time. The common outcry was that Home looked like it came from Playstation 2! It was (according to the haters) not worthy of PlayStation 3.

"I say this to remind us that the 'new' is often hated when it first arrives. Whether Horizons will deliver the breakthrough experience mass-market users want is definitely undecided, but bear in mind that over 40m people downloaded PSHome at that time and millions visited every month and created magical shared memories with friends and fellow travelers.

"VR/AR/XR has a long way to go to become mainstream, but the flurry of news after an arguably quiet period shows to me that a lot of the investment is starting to pay off. Facebook has essentially declared that they are all in and believe that virtual experiences are the direction moving forward. I can't wait to see what comes next!"

Meta giving a keynote aimed at their investors to cover off what they’ve spent $10Bn on this year.

"October saw an unprecedented number of announcements, which makes for a positive overall outlook for the XR industry. VR headsets catering to a range of use cases beyond games, opening up avenues to new markets (Vive Flow) and enabling high-end hardware to get into more prosumer hands (Varjo Aero) and enterprise organisations that need it.

"We saw some interesting presentations, like Oculus - sorry, Facebook - no, I mean Meta giving a keynote aimed at their investors to cover off what they’ve spent $10Bn on this year, not so much developers or much more beyond a hardware tease.

"Many of the reveals suggest that devices are moving towards more everyday use, like a phone or a laptop but with the sunsetting of Oculus for Business, we’re yet to see our clients adopting in that way just yet.

"With all this talk of metaverse and wider interoperability, we need to hear more from those working on the standards for how the spatial Web 3.0 is going to be built - and even more loudly from those ensuring our data, digital goods and identities are protected as we traverse virtual worlds, protected by technoethics."

'Meta metaverse'. We fully expect those two words to dominate the conversation for some time to come...

The whole industry expected the customary annual headset reveal to come out of Connects 21 at the end of October, which is doubtless why so many hardware brands were keen to place a flag in the ground before it could be definitively grabbed by the social media giant. And yet, it never happened…

Instead, Mark Zuckerberg and co went about the task of selling their dream for the metaverse; less instant gratification and more long-term ambition.

Our panel seems largely positive about the level of activity in VR and the number of brands participating, but there are evidently concerns about ethics, data security and safety in the 'Meta metaverse'.

We fully expect those two words to dominate the conversation for some time to come...