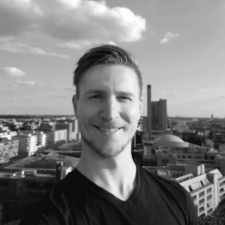 David Gattig, CEO & Co-Founder at Avrlon VR Studio, shares the strategies the studio is using to develop its first game, Elemental Combat, and how those strategies can help indie developers reduce risk and increase the chances of creating a commercial success.

A few people have created extremely successful indie titles in recent years, the size of the opportunity became clear and all of a sudden, the world is full of people who want to make the next Minecraft.

The undeniable truth is that many indie developers have experienced a crushing failure to match their commercial expectations. Some developers still treat indie creation as a hobby. It isn’t; it's a business. Like any business, indie games need a commercial strategy.

My co-founder Marcelo and I both have business degrees, which clearly had an impact on how we started our VR company, Avrlon, and how we continue to manage it. Most development studios are about games first, business by default. I’d like to share a different perspective: business first.

Most development studios are about games first, business by default.

First, have a clear goal. What do you want to achieve? Write it down. If you don’t have a goal, then any number will feel like a success. This applies to everything you can measure.

We defined, for example, our goals for fanbase growth of our Facebook page, newsletter registrations, sessions played or, most importantly, number of copies sold after launch. Data is your friend. Track as much as possible so you make better decisions based on data instead of your intuition.

Make your goals SMART. This helpful acronym helps us to stay focused and create goals that make sense. SMART stands for:

Check your goals for all of these layers before going to work.

Second, adopt a lean startup mindset. Today's entrepreneurs use continuous innovation to create radically successful businesses - and so can you with your game studio.

To begin, write down your vision for the final product; a game description from set-up to ending on a high level.

This is true not only for whole game ideas, but also for features you want to develop. For example, the most requested feature for Raw Data was player-vs-player combat, but when the dev team put a bunch of effort into making a PvP mode they could be proud of, only 13% of players actually played PvP.

An MVP is made with the minimal amount of effort to test specific assumptions.

After we identified our critical assumption, we created a Minimum Viable Product (MVP). An MVP is a product made with minimal amount of effort that is used to test specific assumptions. To check our assumption, we built a quick prototype and put videos and GIFs on several social media platforms such as Reddit, Imgur and 9gag.

The feedback blew us away. We earned more than three million organic impressions, got more than 3,500 comments and our website crashed twice under the rush of people trying to find out more about the game. We knew we were onto something.

After validating our assumption, we released a more refined version to players at developer conferences and learned how people played our game.

We’re using a build-measure-feedback loop process in our development. We make small iterations to the game and test the result. Based on the results, we decide whether to go on with it and persevere, or pivot to another feature or strategy.

You should always test your assumptions. Question your own perspective, which will be vastly different from other people. Ask yourself: ‘What if the user doesn’t care about the design in the same way I do?’

When you embrace your superfans effectively, they will reward you with trust and friendship through thick and thin.

Third, do marketing. A lot of indie devs see marketing as something that’s only required when selling a bad game to an unsuspecting public. However, the role of good marketing is to let the public know that your amazing game exists, which, in today's crowded market, they will likely never hear about without some kind of strategy to get the news to them.

A surprising number of very talented indie developers are guilty of sending their titles out to die, with absolutely no marketing spend or strategy to back them up. It’s understandable in many cases, as a small studio, which barely scraped together the cash to make a game in the first place, can't afford to spend a lot of money on marketing, but at least, there should be a plan in place to promote your game through as many free channels and platforms as possible.

Like many of you, we don’t have outside funding and can’t launch any major marketing campaigns. Instead, we’re using all the main social media channels such as Twitter, Facebook and YouTube, as well as our newsletter to communicate with our fanbase. We’ve also setup our own Subreddit Page and Discord Channel to communicate with our superfans, which should be your main priority, since they share your updates and promotions with their friends, and serve as ambassadors for your game. When you embrace your superfans effectively, they will reward you with trust and friendship through thick and thin.

David’s passion for innovation and gaming naturally led him to VR and AR technology. David received his BA in International Business at the Munich Business School and his MSc in Marketing at the University of Edinburgh. After leaving university, David worked at Riot Games before later moving to Goodgame Studios, where he managed the highest grossing German app, Empire: Four Kingdoms. At the age of 25, David launched his first company, Avrlon VR Studio, in order to create truly immersive VR experiences and follow his dream.

Elemental Combat placed second in the recent VR Indie Pitch Helsinki. You can find out more about the game and the competition here.

Focal Point: How Can Indie Devs Make Money From VR?