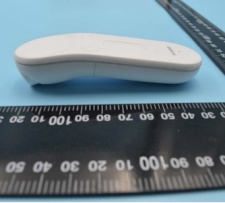 A new VR controller peripheral belonging to Huawei has been documented by the Federal Communications Commission (FCC), indicating a possible VR headset launch.

Following reports of Huawei creating a third-party Daydream headset, this official filing for a VR controller only strengthens notions that the Chinese company could announce a release date for its headset soon. The headset could become the first third-party iteration of Google’s mobile VR headset.

Originally reported by Digital Insider, the controller itself looks similar to Google Daydream’s standard wireless remote, however, there are added buttons. On the back, there is a trigger switch and on the front, there is one longer switch for adjusting volume. The functions of these buttons are detailed as part of an instruction manual filed by the FCC.

Huawei is yet to announce a device supported by this controller, but an announcement might be made at the upcoming Consumer Entertainment Show (CES) 2018 in January.