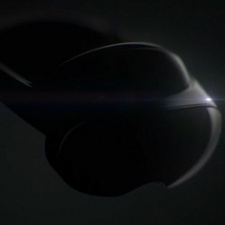 Head of Facebook Reality Labs Andrew 'Boz' Bosworth confirmed the release of a new high-spec VR headset is still planned for next year. The so-called 'Project Cambria' was teased during the most recent Facebook Connect live stream in October - see our coverage- that was otherwise light on hardware reveals.

Project Cambria will be the first next-generation all-in-one VR hardware released under the company's new Meta branding. Bosworth said that, "Next year we’ll push the state of the art forward while opening up new use cases through the advanced technology and learnings from Quest 2 that will take shape in Cambria".

Keen to allay any consumer concerns that the hugely successful Quest 2 is nearing end-of-life, Bosworth promised that Cambria, "Will not be a replacement for Quest 2, but it will be another step closer to the metaverse — and it will represent forward progress on VR’s path toward becoming a general computing platform".

This sentiment was echoed - and amplified - in a Tweet by Oculus' consulting CTO John Carmack, who said that, "An important point here is that the "project Cambria" product will *NOT* replace Quest 2, it will be sold alongside it. Quest 2 will have a long life."

An important point here is that the "project Cambria" product will *NOT* replace Quest 2, it will be sold alongside it. Quest 2 will have a long life. https://t.co/6S7ARZwfS9