The Top 25 Things We Learned At VRWC 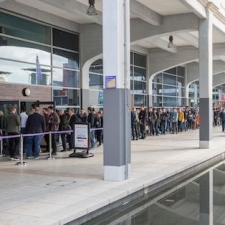 VR World Congress returned to Bristol, UK between the 11th and 13th of April – and we were there from start to finish, furiously taking notes to share with you, loyal reader.

We learned many things in our three days on Bristol’s waterside, from the implications of social VR and how Hollywood actors see VR, to profitability strategies for indie devs and one way to minimise motion sickness.

We’ll follow up with longer articles over the next few days, but for now we present the Top 25 things we learned at VRWC...