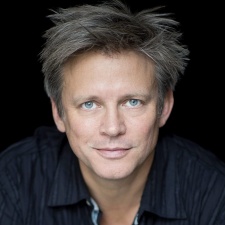 There was an inspiring, yet defensive, tone to the start of VR Days.

It's the third year of the event, set across two venues in picturesque Amsterdam. Festival director Benjamin de Wit describes its mission as, "To initiate new work, to bring people from all domains in society together to push the development of the industry forward – and make a celebration of all things XR." The conference brings together professionals from all corners of the VR, AR and MR industries, from healthcare to art.

Themes that emerged on the first conference day on Wednesday were: that VR has amazing potential, particularly in the fields of human communication, and especially when enhanced by other emerging technologies like AI; that investment is needed but hard to come by (in Europe); that the potential value of VR was exaggerated by analysts and media in 2015... but VR's 'decline' has been similarly exaggerated in 2017. "This was the year we realised VR was going to take a little longer than we'd hoped to take off," said the BBC's Zillah Watson, opening. "But meanwhile AR has started to emerge, causing great excitement."

But Martin de Ronde from Force Field was confident that VR, not just AR, will still deliver on its promise. He challenged naysayers on questions of price, content and experience in his uplifting talk, VR Is Dead: Long Live VR. "Negativity today is the result of people overcooking the original predictions," he explained (while joking "good riddance" to content creators who are leaving the VR space because they didn't cynically make money in the first "gold rush").

Negativity today is the result of people overcooking the original predictions.

It's just a matter of time before we have the 'iPhone moment' like mobile games had when Steve Jobs introduced the new generation of smartphones and caused a renaissance in portable entertainment. Where is our industry's boost? He drew attention to the Santa Cruz kit from Oculus, which will untether VR kit and make the experience easier. It might seem like a small step, but he pointed out that Netflix is only a "small step" from DVDs and Spotify is not a huge revolution on CD music… but the convenience of on-demand tech has changed the world of entertainment. "Santa Cruz is a game changer – not having those wires is amazing. A device that you can just put on and press a button… that will change everything."

So he encouraged patience because important steps are coming. He also said that VR's social ability, the ability to connect us, is important to its future ("it's why Zuckerberg is interested") and he also says that VR needs to stop thinking of it as an industry all on its own and consider how it is a tech that plugs into healthcare, entertainment, enterprise and other realms.

On that note, Stefano Baldassi, Senior Director of Neuroscience and Analytics at Meta, demonstrated AR tool Meta 2. It creates AR workspaces where you can create virtual screens in front of you to browse the web. And Jason Toff from Google demonstrated some of the creative projects his team are prototyping, insisting that, "Google believes VR and AR is the next major computing platform - the same way Google had to move into mobile, it's now important that we adapt to this next major shift."

The day also saw The Guardian's Francesca Panetta talk about the role of VR in documentary storytelling and Tim Milliron of Lytro explaining light field volumetric video, as well as a look at the art projects of Tender Claws and the VR cinemas of Yue Cheng Technology in China.

A panel, hosted by Bas Verhart and featuring veterans Daan "Kip" Doornink, Leen Segers, Marco deMiroz, Philip Rosedale and Yitian Han, warned that, "early stage investments are not happening in Europe", but there was general excitement about what the future will hold; "Technologies like AI and blockchain are needed to accelerate the magic of XR", claimed Leen Segers of LucidWeb.

The Future Is Now

Speakers in the afternoon concurred. Later sessions delivered incredible visions of the future. Boo Aguilar of the Snowcrash team at FlagCX asserted, "I'm pretty confident we're going to beat cancer in our lifetimes" and talked about how technologies like AI, CRISPR for hacking DNA, cloud processing and cognitive computing all intersect with immersive technologies.

This is not a technology that requires some kind of miracle breakthrough! It's all available now.

"Imagine a doctor in Japan and a doctor in Los Angeles collaborating in VR on a surgical planning session using MRI information, CT Scans and information made available through sources like PubMed," he said. "This is not a technology that requires some kind of miracle breakthrough! It's all available now. It just requires us to get out there and develop it instead of just making games."

Meanwhile Michael J Gourlay, from Microsoft's holographics department, ended his talk by taking us from immersive communication through AI and machine learning (and the "mindblowing" leap of AI being able to identify its surroundings and notice your emotional state) to "sentience", using the cloud to process vast amounts of sensory and cognitive data. Are neural-interface augmentations the next big thing?

Gourlay went on to talk about other new technologies. Blockchain applications will log the world in real-time, but it's also anonymous meaning that patient privacy can be protected while the data is shared for open health projects and scientific research. And for entertainment and information purposes, blockchain also means you can be part of a public ledger that donates processing power as part of a decentralised GPU (which will enable processing for tools like HoloLens) … and potentially make money back while you're at it!

The day ended with Philip Rosedale (founder of Second Life, now CEO and co-founder of High Fidelity, which is exploring the future of next-generation shared virtual reality) who spoke about 1 Billion People In VR? VR Meets The Blockchain. It was a mindblowing look at how to create a functioning virtual economy.

Before Bitcoin, Second Life launched a digital currency that was traded against the dollar so that people could trade items. "In 2015 there were about $700m in transactions," he said. "It was quite successful." If there were a billion people in VR, like Zuckerberg predicted, it would be a $1 trillion dollar economy, the 15th largest economy in the world. It would need 50 million servers.

But with a centralised version of this, if Google or Facebook runs it all, there would be security and privacy implications as well as problems of scale. Rosedale's vision is that we need identity markers, intellectual property rights, proof of purchase and a payment system.

Blockchain might be the answer, but fully decentralised blockchains have a bandwidth and transaction cost. For instance, Bitcoin has a $2.50 transaction charge and takes 10 minutes to confirm as everybody is backing up everybody's data all the time. So High Fidelity is working on a middle ground, a blockchain-like service run on 'federated consensus': a public blockchain with mutually 'distrusting' operators with public audit and verification, that is also kept stable with no unpredictable inflation or deflation. High Fidelity is building a wallet app for High Fidelity Coin, which you'll be able to use to buy and sell virtual items that will also be tracked using their own blockchains – so you will get a stored certificate to prove your purchase.

When interacting in virtual spaces, Rosedale argued that what's needed is the ability to control different levels of privacy: anonymity when desired, or disclosure of details to the right people, when meeting friends for instance. The blockchain provides such opportunities through storage of currency, assets and identity which you control the keys to, but which are publicly proven through a digital 'notary agent'. He showed a live demo of unreleased software – we were the first audience to ever see this – in which Rosedale joined his colleague Ryan from California in a virtual store. They tried on accessories, and one avatar was even able to help straighten the other's hat, before they checked out. Items they had not paid for were removed when they left the virtual shop.

In summary, the event started with calls for cautious optimism about the future of VR, and ended with an uplifting look at AI, blockchain and other technologies that promise to change the way we use computers. It was entirely spent in the auditorium at Amsterdam's DeLaMar Theater, but continues until the end of the week at Amsterdam's Kromhouthal venue. There, an exhibition, workshops, AR swimming experience and Philosophy Yurt are planned, as well as the XR Basefund investors event.