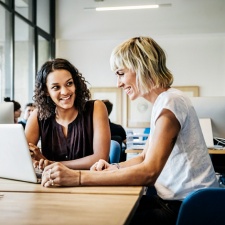 Facebook has announced that it plans to create 10,000 new high-skilled jobs within the European Union (EU) over the next five years. The recruitment drive is part of the, "Journey to help build the next computing platform," according to a blog post by Nick Clegg, VP global affairs and Javier Olivan, VP central products.

They speak, of course, about the metaverse, which they describe as, "A new phase of interconnected virtual experiences using technologies like virtual and augmented reality". They go on to say that, "At its heart is the idea that by creating a greater sense of 'virtual presence', interacting online can become much closer to the experience of interacting in person. The metaverse has the potential to help unlock access to new creative, social and economic opportunities. And Europeans will be shaping it right from the start".

A vote of confidence

Facebook already has thousands of employees in the EU and has previously invested in the territory via funding grants at the Technical University of Munich; opening its first major European AI research lab and FAIR accelerator programme in France; as well as the Facebook Reality Labs office in Cork.

The post says that, "This investment is a vote of confidence in the strength of the European tech industry and the potential of European tech talent". Then it continues, "This is an exciting time for European tech. The EU has a number of advantages that make it a great place for tech companies to invest — a large consumer market, first class universities and, crucially, top-quality talent.

"European companies are at the cutting edge of several fields, whether it’s the German biotech helping to develop the first-ever MRNA vaccine or the coalition of European neo-banks leading the future of finance. Spain is seeing record levels of investment into startups solving everything from online grocery delivery to neuroelectronics, while Sweden is on its way to becoming the world’s first cashless society by 2023".

Shaping the new rules of the internet

Facebook is also eyeing EU policy and its, "Role to play in shaping the new rules of the internet"; referring specifically to creating a Digital Single Market. Clegg and Olivan close by saying, "We look forward to working with governments across the EU to find the right people and the right markets to take this forward, as part of an upcoming recruitment drive across the region. And as Facebook continues to grow in Europe, we hope to invest more in its talent and continue to innovate in Europe, for Europe and the world".

This latest investment from Facebook comes shortly after the company announced a $50M XR Programs and Research Fund, as well as a $10 million creator fund for Horizon Worlds.