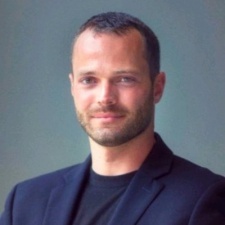 If some of the biggest names in tech are to be believed, then the ability to control software with the human brain is not as fanciful as it first sounds.

At this April’s F8 event, Facebook’s VP of Engineering and Head of Building 8, Regina Dugan, detailed the Oculus’ parent company’s work in exactly this area.

And they’re not alone in the drive to connect the human brain with computers; Massachusetts-based Neurable landed $2m investment last December to progress their neurotechnology R&D.

In this article, Michael Thompson, Vice President at Neurable, explores the human fascination with fantasy and predicts a productivity revolution through intent-driven interactions that could help drive mass adoption of VR, AR and MR.

Neurable is offering a first look at a product that is without precedent in modern tech: a brain-computer interface for virtual reality. Our integrated platform is built for one purpose: to enable developers to create brain-controlled content for Virtual Reality.

Imagine the power of your mind in VR. You awake hanging upside down in a snowy cave to discover you’ve been captured by a hungry Wampa. Sighting your lightsaber laying just out of reach, you calm yourself, concentrate, and summon the power of the force to grab your weapon. You cut yourself free just in time to slay the fearsome predator.

This dramatic close encounter is, of course, a famous scene from Star Wars. Popular fiction has explored themes like magic, telekinesis, and other super-human powers for as long as we can remember. As a society, we’re fascinated by fantasy: our imagination yearns to explore the impossible, the forbidden, the otherworldly.

The advent of immersive computing promises to bring those fantasies closer to sensory reality than we’ve ever known. Virtual and Augmented Reality are redrawing the boundaries of human experience. Both mediums force us to rethink how users should experience and interact with the digital world. The old rules of point-and-click no longer apply. Immersive computing demands a new approach to human-computer interaction.

We foresee an ecosystem of control inputs that will combine to make AR/VR environments incredibly responsive and adaptive to user behaviour. Great strides have already been made with motion capture, haptics, eye-tracking, and natural language processing. What has been missing is a serious effort to link mixed reality to the ultimate computing platform — the human brain.

The benefits of a BCI in Mixed Reality are many and unique. BCIs analyse patterns of brain activity to determine user intent. This tech is already capable of typing on virtual keyboards and controlling prosthetic limbs, entirely from brain activity. Such intent-driven interactions hold tremendous promise for mixed reality environments, where current problems with user interaction constitute a significant barrier to more widespread adoption.

The best solution is a brain-computer interface that allows users to scroll menus, select items, launch applications, manipulate objects, and even input text using only their brain activity. Imagine the productivity revolution that a high-performance, non-invasive, intuitive BCI would unleash in Mixed Reality.

Unity developers can easily integrate brain-activity as a control input into any game.

Neurable debuted Awakening, a VR game preview made in partnership with eStudiofuture, at SIGGRAPH 2017 in Los Angeles. Awakening is a futuristic story reminiscent of Stranger Things: you are a child held prisoner in a government science laboratory. You discover that experiments have endowed you with telekinetic powers. You must use those powers to escape your cell, defeat the robotic prison guards, and free yourself from the lab. The game allows you to manipulate objects and battle foes with your mind, and is played entirely without handheld controllers.

This experience is made possible by Neurable’s machine learning platform, which interprets your brain activity in real time to afford virtual powers of telekinesis. Our complex machine learning pipeline has been distilled into an SDK compatible with Unity. With the Neurable SDK, Unity developers can easily integrate brain-activity as a control input into any game.

Brain signal acquisition is accomplished through our upgraded headband for the HTC Vive. Simply remove the elastic straps in the back and replace them with our straps. Our solution is a demonstration prototype of how brain sensors and neurotechnology can be integrated with AR/VR devices.

What the touch interface became to smart phones, BCIs will become to Mixed Reality headsets.

Gaming is an exciting forum for experimenting with new technology, but the applications for BCIs extend far beyond entertainment. As AR/VR devices move from early adopters to broader use cases in health, education, industry and more, interfaces will evolve to support more complex tasks.

In the long run, we expect that AR/VR headset companies will integrate brain sensors directly into their products. They will do this because BCI systems radically empower users in mixed reality. Recent announcements and other publicly-available information confirm that major tech companies are actively developing BCI technology for commercial applications. What the touch interface became to smart phones, BCIs will become to Mixed Reality headsets.

If you're interested in creating an experience with Neurable, visit their Developer page.