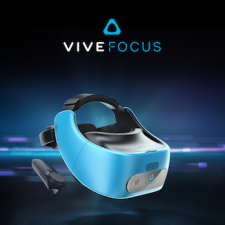 Yesterday’s Vive Developer Conference 2017 (VDC2017) in Beijing, China hosted a raft of reveals and announcements, from new hardware to software and awards:

Viveport to integrate with Unity, including in-app payments and advertising.

Awards return to recognise the work of VR and AR developers around the world.

HTC obviously thinks its customers are mugs, launches longer contracts with no increase in access as consumers stand to save a whopping 30p a month.