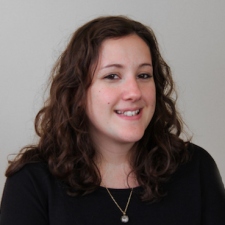 Breaking Fourth’s Alyssia Frankland explores the different ways of delivering narratives in VR and its implications for the future of storytelling across film, theatre and more.

Since the launch of consumer VR, creative studios worldwide have been looking into what new VR technology means to them and how they can use it to tell stories. VR poses an exciting new challenge to narrative development, by both bringing its own brand new techniques to explore, but also taking existing techniques from theatre, film and gaming. Over the last 18 months at Breaking Fourth, we’ve been exploring what we consider to be the most important decisions to make when conceiving a new VR story.

VR opens up a world of opportunities that aren’t possible in other mediums. What to do with the viewer is the biggest decision the VR director needs to make, as this decision will control which techniques you can use to tell your story. These opportunities include:

With our first VR drama Ctrl,  designed for Samsung Gear VR in September last year, we explored a combination of the above with some surprising results. The presence of other audience members helped the viewer understand who they were in the story and why they were sharing that space with them.

The viewer really felt like they were in this world with the characters.

Ctrl touches on some serious topics and there are scenes of violence directed towards the main characters. After watching the performance, we often had viewers feeling a huge sense of guilt at not intervening, or helplessness at not being able to intervene. The viewer really felt like they were in this world with the characters, despite the varied camera techniques.

What Does This Mean For Storytelling?

By changing the way that the viewer is experiencing the story, their interpretation of the content is affected. Sense of presence is huge in VR and has been showcased time and time again over the last few years.

These initial explorations have focused heavily on the physical sensations that VR triggers, like dangling the viewer over a dizzyingly high ledge in The Walk VR, having objects thrown at them in Audioshield or even moving around at high speeds in Drift.

The physical and psychological aspects of VR could move away from being gimmicky and really enhance the viewer's experience.

Some groups, such as Nonny de la Peña’s Emblematic Group, have been researching empathy in VR, specifically whether placing the viewer into certain situations can heighten their understanding of what it would be like to experience the same situation in real life. These elements are incredibly useful in making your audience feel the mood and tone of your story.

We used a couple of these techniques in Ctrl to deliberately make the user feel slightly uncomfortable as the narrative takes a turn for the worse. Motion sickness is often to be quoted as a reason to avoid VR and this can be triggered by these elements.

We experimented a lot with motion; we move the viewer on rails, so the viewer doesn’t necessarily anticipate that they are about to start moving. This can be a jarring experience. We had to scale back on elements like acceleration, speed and points of reference to make sure that the viewer had a comfortable experience for the most part. Then we ramped it up when we wanted the viewer to feel an uncomfortable sensation. We believe that if used correctly, the physical and psychological aspects of VR could move away from being gimmicky and really enhance the viewer's experience.

Is what we are creating worthy or suitable for 100% of the viewer’s attention?

VR demands 100% of the viewer’s attention. The viewer can’t check their phone, chat to their friends sitting next to them or gaze around the room while watching VR. They are forced to engage - and with that comes a responsibility for the VR creators.

Is what we are creating worthy or suitable for 100% of the viewer’s attention for a prolonged period? Hollywood has increasingly made films faster-paced and more visually dramatic, with explosions everywhere! That’s fine when you’re looking at a distant screen, but place the viewer into the same world through VR and they might not like being subjected to half an hour of explosions; especially when they can’t even look away.

On the flipside, the content needs to be engaging enough that the viewer wants to experience the whole piece. In our modern society, where time is precious and entertainment is consumed on-demand, the VR experience needs to justify itself.

The Future Of Film

Over the coming few years, we’re going to see a huge rise in narrative pieces created in VR. Film studios such as Disney Movies VR, Lionsgate and 20th Century Fox have already started to tentatively explore this area.

Your brain is fooled into believing this experience is something real.

Some directors are voicing their excitement at learning a new craft, such as Jon Favreau, best known as a director for Iron Man and Cowboys & Aliens. In an interview with Fortune about his Gnomes and Goblins experience for Vive, Favreau said, "I tried an experience using the Vive called TheBlu. It was my first time really experiencing what they call ‘presence.’ Through a combination of technical characteristics of the VR experience—things like low latency and resolution and tracking—it leads to an experience where your brain is fooled into believing this experience is something real, even though your prefrontal cortex knows rationally that it’s not. Parts of your brain are won over by how realistic things feel. You get a transcendent feeling. To me, that showed the potential of the technology, even though it’s only in its very early phases. “

Other directors are less convinced by the technology and are voicing their worries at how different it is to film. Speaking to IGN, James Cameron said, "There seems to be a lot of excitement around something that - to me - is a yawn, frankly."

I hope that these experiences become the future of entertainment.

Through The Proscenium Arch

Many theatre directors are also showing a keen interest based on the comparisons to immersive theatre and games studios are exploring what it means for their industry. We’ve been working closely with professionals from the London theatre world to write, direct and create our VR dramas.

The Future Is Now

We’re currently in the VR equivalent of the black and white, silent movie era, with such an exciting technological toolbox at our fingertips. I, for one, cannot wait to see what VR studios create and hope that these experiences become the future of entertainment.