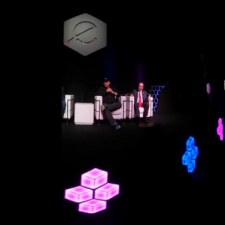 Rony Abovitz, Founder and CEO of Magic Leap has revealed that the secretive start-up has begun production of the first consumer headsets in its Florida factory saying that, “Launch is not far away”. Although he says the units will look the same upon release the company still has to, “Pass hardware, software, full operational readiness, with applications still in process.” The news was delivered onstage at the eMerge Americas investor conference in Miami, Florida.

Although he declined to disclose a price point for the hardware, Abovitz explained that, “It’s being priced for affordability”. He went on to describe it as a, “Mass premium consumer device” adding that, “It’s not a Kindle - and it’s not unobtainable”.

With its consumer release ‘not far away’, Magic Leap has already opened a private access dev portal and will increase the number of people with access throughout July, August and September.

Magic Leap will launch first in America with other territories, including Europe and China, to follow.