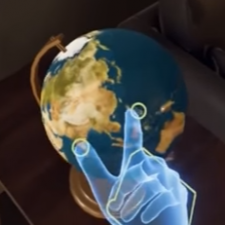 A developer has posted a video showing a demo scene for the new Knuckles SteamVR controllers. As we reported last week, Valve has already started shipping dev kits to developers as they seek feedback on the hardware for its consumer release.

Zulubo Productions has wasted no time getting to grips – geddit? - with Knuckles. As you can see in the video below, each individual finger is tracked and independent usable. Items such as the coffee cups can be picked up with just the thumb and forefinger, or between any fingertip and the palm as we see with the ball. We were interested to see the finger colliders as the user rotates the globe with a fingertip and it’s encouraging to see a choice of skin colours for the hands too.

Zulubo has invited developers to download the demo and the source for the interaction system here.