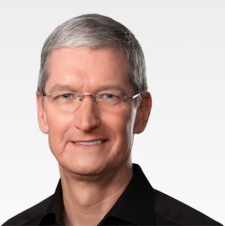 Apple CEO Tim Cook revealed that Apple will not be releasing AR glasses hardware anytime soon saying, “I can tell you the technology itself doesn’t exist ... in a quality way. The display technology required, as well as putting enough stuff around your face – there’s huge challenges with that.”

The Quality Is Not There Yet

Cook’s comments, made in an interview with the Independent, may come as a surprise, given that Apple has moved into AR software development recently, having launched ARKit with iOS 11 on the 11th September, following its announcement at Apple’s Worldwide Developer Conference on the 5th June.

Apple typically puts an emphasis on developing software and hardware together, “It goes to what Apple is about – the integration of those two things,” Cook said in a previous interview also with the Independent; so you could reasonably expect Apple AR hardware to go alongside ARKit, and as we reported back in July, the company has filed a patent for such technology.

The problem is that, “The field of view, the quality of the display itself, it’s not there yet,” said Cook in his recent interview, stating that, 'The company wouldn't embark on such a release if it couldn't uphold that quality’. Ultimately, Cook said that Apple, “Don’t give a rat’s about being first, we want to be best”.

Apple has a history of being late in releasing new technology in order to refine competitors’ ideas and products to release its own ‘better’ version. In an interview about the Apple Macintosh in 1994, Steve Jobs shared an anecdote, “Picasso had a saying. He said, 'Good artists copy, great artists steal' - and we have always been shameless about stealing great ideas”.