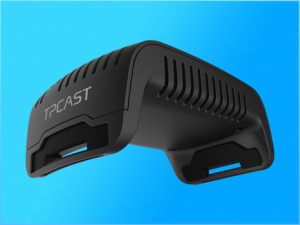 TPCAST announced the wireless VR module to support Microsoft Windows at CES. Following the first-to-market introductions of VIVE and Oculus wireless adapters, the Chinese company is expanding its portfolio to deliver a wireless solution for Windows Mixed Reality.

The intention is to create a plug-and-play reference design for the VR module to support all VR HMD OEMs and manufacturers, and accelerate the development of the wireless adapter and integration into Windows MR HMDs. The reference design will include patented technology licensed to the HMD manufacturers.

A single wireless channel can’t simultaneously support both the high-definition video and the tracking data. TPCAST’s solution uses 60GHz high speed channels to deliver what it claims to be the highest data bandwidth in the VR industry.

Michael Liu, Founder and CEO at TPCAST said, "We are committed to the VR/AR market, and have developed wireless VR core technology to enable us to deliver a solid wireless VR solution to a Windows MR HMD. This platform possesses high video quality and low latency performance and will support the current Windows MR and other 3K/4K resolution HMDs".