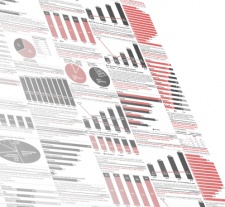 This year, 40 million Americans - 12.3% of the US population - will engage with some form of Augmented Reality monthly, up 30.2% over last year. This number will top 54.4 million by the end of 2019, according to eMarketer’s first AR and VR forecast; that’s 16.4% of the US population, or nearly one in five internet users.

The report puts much of the growth of AR down to Snapchat Lenses, Facebook Stories, and Instagram Stories, while VR usage is being driven by 360 videos on social networks. “Users of Snapchat Lenses comprise the vast majority of our AR estimates,” said eMarketer forecasting analyst Chris Bendtsen. “Snapchat growth will continue to contribute to AR users in the future, but in the next several years, eMarketer also expects Facebook Stories to be a significant growth driver of AR usage, since it is now widely available to Facebook’s user base.”

The report states that VR has been slower to catch on in the US, and forecasts that it won’t reach mass adoption in the foreseeable future. eMarketer expects 22.4 million people in the US will engage with a form of VR at least monthly this year, up 109.5% over 2016.

The category is being driven mainly by 360 photos and videos on Facebook and YouTube, while the gaming industry is also driving growth of VR headset usage. While VR headsets provide a more immersive experience, engagement will remain low due to their often high cost. This year, just 2.9% of the US population will use a VR headset at least monthly, eMarketer estimates, with that number growing to just 5.2% by 2019.

Reply
somtin4notin
"This year, 40 million Americans - 12.3% of the US population - will engage with some form of Augmented Reality monthly, up 30.2% over last year."

have pokemon app been counted as one the "some form of AR"?
Posted 5 years, 1 month ago