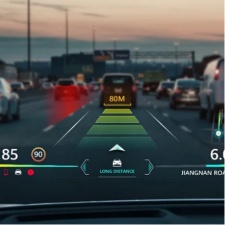 As autonomous vehicles become more widely available, augmented reality (AR) will become more disruptive in the automotive sector, according to a new report by industry analysts at GlobalData.

The company notes that with hype around the metaverse continuing to gain traction, AR-related technologies such as Simultaneous Localisation And Mapping (SLAM), facial recognition and motion tracking will be vital for automotive companies developing metaverse-based use cases.

AR can enhance the safety of drivers and passengers through easily understandable head-up displays (HUDs) in vehicles. Unlike semi-autonomous or fully self-driving vehicles, the ability to see the outside world clearly is a safety-critical issue in vehicles where a human is driving.

Emilio Campa, Thematic Analyst at GlobalData, says, “From a practical perspective, this means junction exits and final destinations can be visibly highlighted. From a safety perspective, potential hazards, including potholes, pedestrians, and other vehicles on the road, can be more easily identified by the driver. This is especially useful in night-time conditions or when severe weather patterns reduce visibility".

The automotive sector is not immune to the hype around the metaverse, which is likely to be based on AR-related technology.

Campa adds that, "While the automotive sector is certainly making greater use of AR, adoption is slow and use cases limited.” But AR is already in use in several specific areas of the automotive sector. For example, some car infotainment systems—the display monitor in cars that allows the driver to control air conditioning, radio, GPS, for instance—have integrated AR as part of an augmented GPS navigation system, displaying holographic arrows on a live image feed from the front of the car.

AR allows the user to see the real world overlaid with digital data, enabling more precise guidance based on the actual road layout facing the driver. Daimler produced the first AR HUD, the MBUX infotainment system, in the Mercedes A-Class in 2018, and since then other companies such as General Motors and Volkswagen have incorporated this technology into their vehicles.

Campa continues to say, “The automotive sector is not immune to the hype around the metaverse, which is likely to be based on AR-related technology, as some automotive companies have already begun exploring it. For example, BMW has partnered with Nvidia, and Hyundai has partnered with Unity, both with the intent of building virtually accessible 3D digital twins of their factories. This will allow employees to collaboratively assess modifications and adjustments to production lines in the early planning stages.”

WayRay has also developed a concept car, the Holograktor, tagged a ‘metaverse on wheels’ due to its heavy reliance on AR technology. It is a single electric motor ride-hailing car that can be driven remotely from an AR pod by a qualified driver via a 5G and satellite internet connection. This gives the car the feel of autonomy while avoiding the currently immature fully autonomous-driving systems. It also has car seats equipped with joysticks that can be used to play games on the windscreen’s AR HUDs and even comes preloaded with a Guitar Hero-esque online karaoke game. The remote connection would require almost zero-latency for the car to be driven safely on the roads. However, since 5G is due to be more globally available and car ownership among young people is falling, this may be what the future of auto looks like.

AR will improve future entertainment experiences by overlaying content and video games over the outside world or repurposing car windows to display a different world entirely.

AR headsets are also being used in maintenance and manufacturing to reduce training time and more efficiently and accurately perform quality control checks. Daimler, for example, uses AR to enhance its maintenance products for its heavy trucks. This allows colleagues to collaborate and share repair information faster and more accurately, reducing vehicle downtime – a key consideration for heavy-duty vehicle customers that need to quickly return to the road.

Speaking about AR's potential for enterprise, Campa says that, “AR can increase maintenance efficiency and create a new avenue for sales. Technicians can have repair and maintenance instructions and training overlaid on their physical view of the car, directing them to the next task without them needing to research it separately. AR can also enhance consumer engagement by allowing customers to view virtual vehicles in real life and take them for a virtual test drive.”

From minor to major

In terms of AR's impact today and its potential, Campa observes that, “The current impact of AR and the metaverse on the automotive industry is minor. However, as the use of AR in consumers’ day-to-day lives increases, adoption in automotive will increase, especially in autonomous vehicles. AR will then improve future entertainment experiences by overlaying content and video games over the outside world or repurposing car windows to display a different world entirely. It is very possible that these worlds will be part of the metaverse, allowing avatars of family members and friends to keep you company on those long and boring drives.”

Once consumers get used to the technology in other aspects of life such as in social media, gaming, and ecommerce, AR will play a significant role in the future of onboard information and entertainment systems, especially in autonomous vehicles.