Did Palmer Luckey Jump Or Was He Pushed? 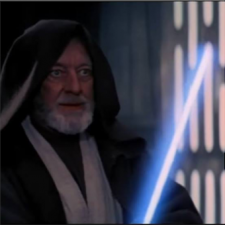 When we found out last month that Oculus co-founder Palmer Luckey was leaving the company he helped to launch, there was one piece of information missing; did he jump or was he pushed?

It seemed odd that the VR pioneer would leave of his own will and reading between the lines suggested that Facebook felt his recent misdemeanours made his position at the helm of the company untenable. First, there was the public ‘apology’ for funding a political smear campaign in the run-up to the US Presidential Elections, then he was found guilty of breaching NDA in the Zenimax case that resulted in Facebook being ordered to pay $500m.

If you strike me down, I shall become more powerful than you can possibly imagine.

Earlier this month, Luckey updated his Facebook profile picture to show a Star Wars picture of Obi Wan Kenobi. But it wasn’t just any old picture; Luckey chose a frame from Star Wars Episode IV, where the Jedi confronts villain Darth Vader with the immortal line, “If you strike me down, I shall become more powerful than you can possibly imagine." I think we have our answer.

Since then, Luckey’s Facebook profile has remained dormant, but the 24-year-old took to Reddit to post ‘im back’ [sic]. When user k8207dz asked if Luckey could fund an ‘awesome VR RPG’, Luckey replied, ‘Already on it, among other things.’

We’d maybe take this with a pinch of salt though, as he went on to say that it would be a timed exclusive for fictional VR hardware, Nervegear, from the Sword Art Online manga/anime. But maybe the 2022 setting of the fictional world is about the right date for an ambitious VRMMORPG after all?

When user give_it_a_shot asked how it feels to have, ‘Consumer VR fully realized and an unfathomable amount of money in your pocket’, Luckey succinctly replied, ‘Feels good, man.’