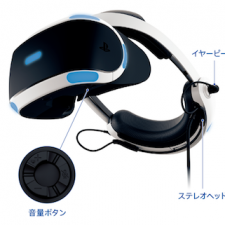 Sony has announced it is to release an updated version of its market-leading PlayStation VR hardware. But don’t get too excited – the updates for model number CUH-ZVR2 shared today on the PlayStation blog are hardly earth-shattering.

Of the two improvements, the one that will benefit VR users is the integrated stereo headphone cables, combined with a ‘slimmer, streamlined connection cable’. So, a bit less cumbersome.

And the other change has nothing to do with VR at all! The processor unit breakout box now supports HDR pass-through, so those of you with HDR TVs will no longer need to disconnect the PS VR to enjoy your flatscreen in all its finery. Another improvement in convenience. This function can be used only when the VR headset is turned off – so don’t expect to suddenly see VR in HDR!

The new version hardware will be released globally, but no details have been revealed about the date. The pricing will remain unaffected.