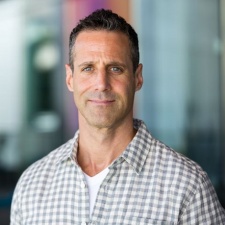 If you've worked in the VR industry for any amount of time, then no doubt Jason Rubin will be a familiar face. He joined Facebook as Head of Studios for Oculus in 2014 and led the team that brought the first wave of VR content to the Oculus headsets.

Prior to this, Rubin's 35 year career also included co-founding Naughty Dog in 1984, where he co-created the 'Crash Bandicoot' and 'Jak and Daxter' series before the company was sold to Sony Computer Entertainment.

More recently, Rubin has been VP of Play at Facebook, working on all initiatives on the Facebook Play Platform, including cloud gaming. Today he leads Metaverse Content at Meta, including all first-party studios, game development, experiences and publishing for the Reality Labs team.

We caught up with Rubin just the day before the Meta Quest Gaming Showcase 2022 to canvas his thoughts on VR as a maturing medium, which rules of development are there to be broken and whether virtual reality is a competitor for next generation consoles.

Last February, we shared that more than 60 titles on the Quest platform are generating revenue in the millions. A year later, that number is now more than 120.

Q: It's notable that many of the featured titles in the showcase are sequels - is that a sign that VR games are becoming more established?

A: The growth of sequels are very much a sign of VR games becoming more established. It’s also a sign of developers finding real success in VR to double and build VR-first franchises. They’re taking what they’ve learned - some going back to the early days of Rift - to create more ambitious titles.

We're also seeing success distributed across more developers. Last February, we shared that more than 60 titles on the Quest platform are generating revenue in the millions. A year later, that number is now more than 120, twice as many as the year prior. Pretty impressive seeing as we’ve shipped about 400 apps on the store. That ratio is very difficult to find in other markets. 60% of all Quest titles are games – of which a vast majority of revenue is generated from.

The growth of VR games is the driving force behind new franchises and studios entering VR and existing ones coming back to build new experiences.

We are still in the early days of figuring out all that VR can do.

Q: Which Showcase games have you been playing the most?

A: I am really curious to see how Among Us plays in VR. Not picking favorites mind you, but I think that title may really hit a new high in VR, and so from an intellectual level, that one has me really excited.

Q: Among Us might not seem an obvious candidate for a VR version; what do you look for in a title?

A: That is a hard question, because we are still in the early days of figuring out all that VR can do. Sometimes we are looking to bring an established franchise to VR where we think it will shine. Sometimes we are looking for new ideas that have never been seen before and only VR enables. And sometimes we just get an amazing pitch or a finished title from a developer and have to see it to fruition.

I think over time almost all the rules of VR development techniques will be broken.

Q: Moss' Quill has become without doubt one of our favourite characters, VR or otherwise. Which is odd, because we remember being told that third-person games wouldn't work in VR. What other 'rules' of VR development do you think should be torn up?

A: I think over time almost all the rules of VR development techniques will be broken - or at least be worked around. For example, in the first few years of development we were pretty strict that there should be no artificial locomotion (moving with controller as opposed to body). But then an Echo VR prototype wowed even the softest stomachs at the company. If rules can’t be broken, developers will find ways to achieve the same effect without breaking the rule.

I’ve never seen this many brands and game franchises excited about building for VR.

Q: Other than Capcom's Resident Evil, the showcase lacks major game franchises. Was that by choice, or are the big brands still reluctant to join in? If so, what will change their minds?

A: In all the years I’ve worked in VR, I’ve never seen this many brands and game franchises excited about building for VR. The showcase features some of the biggest brands we’ve ever shown off in a VR event: NFL, Among Us, Resident Evil along with another surprise title that we’re saving for the end of the show.

Knowing that the VR community is hungry for more content to play, we prioritised games that are slated to launch within the next year. That said, there are plenty of amazing games still in development that aren't in the showcase. Some are launching this year and just weren’t quite ready to show yet. Some are further out.

Q: It's fantastic to see an official NFL game for VR. Are there any ambitions to turn this into an esport?

A: It’s huge for VR to get its first officially-licensed NFL game. We've seen esports form around some VR games, but for that to happen you need a game with the right format and of course the large, passionate community that goes along with all competitive scenes. I can’t wait to see how far the StatusPro team will take NFL Pro Era.

VR gaming will augment the ways we play games today, not replace it.

Q: The new Home environment is a nice touch. Will they eventually serve as some kind of way into or through the metaverse?

A: Yes, at Connect we announced Horizon Home, a new update to the existing Home experience, which will serve as a social space where you can bring friends to hang out, watch videos together, or jump into games. This is part of our early vision for the metaverse - a home environment that feels more alive, whether it’s hanging out with friends or jumping into new experiences together.

Q: Quest 2 is our next generation console, instead of PlayStation or Xbox. Do you think that could become the norm, is that an aim and what would it take for that to happen?

A: VR gaming will augment the ways we play games today, not replace it.

And that fact is not specific to VR, but to new game platforms that have emerged over the years. At one point many people were saying PC gaming is going away, or mobile gaming would replace consoles and we can now look back and see that’s just not true. New gaming mediums continue to stack on the ones that came before and unlock fundamentally new ways to play and interact.

This is one of the many things that make games inherently a different entertainment medium compared to music or television. It’s important to keep that in mind when talking about VR, or any new gaming platform for that matter.

Read our report to find out more about every game featured in the Meta Quest Gaming Showcase 2022.