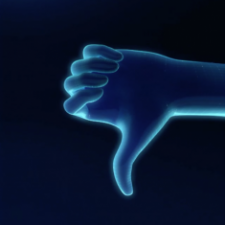 The jury has found Oculus not guilty of misappropriating trade secrets in the legal dispute with ZeniMax Media. They found that Palmer Luckey failed to comply with a non-disclosure agreement (NDA), also implicating Oculus and resulting in the decision to award $500 million to the plaintiff.

The $500 million breaks down into:

Oculus products are built with Oculus technology. We look forward to filing our appeal.

In a statement following the result, Oculus has vowed to appeal the decision saying, “The heart of this case was about whether Oculus stole ZeniMax’s trade secrets, and the jury found decisively in our favor. We’re obviously disappointed by a few other aspects of today’s verdict, but we are undeterred.

“Oculus products are built with Oculus technology. Our commitment to the long-term success of VR remains the same, and the entire team will continue the work they’ve done since day one – developing VR technology that will transform the way people interact and communicate. We look forward to filing our appeal and eventually putting this litigation behind us.”

We will consider seeking an injunction.

This Isn’t Over For Zenimax

While the outcome is obviously positive for ZeniMax, it seems the legal battle is far from over. Zenimax has released a statement implying they may seek an injunction to prevent Oculus continuing to use the computer code in question. The statement reads, “We will consider what further steps we need to take to ensure there will be no ongoing use of our misappropriated technology, including by seeking an injunction to restrain Oculus and Facebook from their ongoing use of computer code that the jury found infringed ZeniMax’s copyrights.”

What’s It All About?

ZeniMax originally accused Oculus of stealing technology, following the acquisition by Facebook in 2014. The case was based on the following points, which Zenimax’s statement refers to as ‘uncontradicted evidence’:

(vi) Carmack intentionally destroyed data on his computer after he got notice of this litigation and right after he researched on Google how to wipe a hard drive—and data on other Oculus computers and USB storage devices were similarly deleted (as determined by a court-appointed, independent expert in computer forensics)

(vii) when he quit id Software, Carmack admitted he secretly downloaded and stole over 10,000 documents from ZeniMax on a USB storage device, as well as the entire source code to RAGE and the id tech® 5 engine —which Carmack uploaded to his Oculus computer

(ix) Facebook’s lawyers made representations to the court about those same Oculus computers which the court’s expert said were inaccurate. Oculus’ response in this case that it didn’t use any code or other assistance it received from ZeniMax was not credible, and is contradicted by the testimony of Oculus programmers (who admitted cutting and pasting ZeniMax code into the Oculus SDK), as well as by expert testimony.

Not Over Till It’s Over

Although the jury has reached its verdict, we expect appeals and injunctions to be exchanged soon. We’ll bring you updates as we get them.