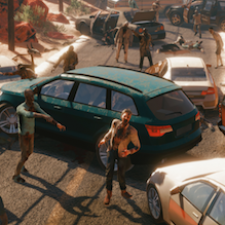 Developers Vertigo Games and Jaywalkers Interactive have announced that Arizona Sunshine made $1.4 million in sales during its first month of release. The zombie shooter was released on the Oculus Rift and HTC Vive on 6th December.

In a prepared statement that was sent to Upload VR, Vertigo Games’ Managing Director, Richard Stitselaar said, “From what we can tell, it may be the fastest selling non-bundled PC VR title to date.”

This information also gives us some insight into the potential split between Vive and Rift gamers who have played Arizona Sunshine. Using SteamSpy data and assuming a typical sale value of $40, we can estimate that of the $1.4m total revenue, a staggering $1.1m came from Vive users with only $300,000 ($0.3m) from Rift. This suggests a ratio of 3.6 Vive users for every Rift user.

Arizona Sunshine will be released on PlayStation VR later this year.