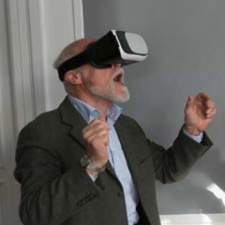 Awareness of VR and AR devices has nearly doubled year-over-year in the United States, rising from only 28% of the general U.S. population in 2016 to 51%, despite relatively low adoption, according to business insight firm, Nielson.

In a new report published this month, the diversity of experiences on offer to VR consumers is praised, with Resident Evil 7: Biohazard singled out for praise as offering a more immersive experience, as well as entertainment for onlookers and social media.

According to their industry data, Nielsen cites Google as the leader in offering a low-cost option to the masses with Google Cardboard, despite only 19% of the population being aware of the device. The report suggests that given VR and AR technology is still foreign to half of the population, adoption to date is more limited by awareness than accessibility.

The Samsung Gear VR is one of the most well-known devices on the market, as 34% of the population is aware of it. The device is highly visible because Samsung has heavily marketed it in tandem with its mobile devices - even offering the device free to consumers if they purchased a Samsung phone. Although awareness for Samsung VR is highest among gamers, this audience shows slightly stronger interest in Sony PlayStation VR, which has strongly marketed both the device and the VR content/games toward this audience, particularly gamers who already own a PlayStation 4.

Future VR/AR intenders tend to skew more male (69%) and younger, as 44% of consumers interested are Millennials. In general, these consumers claim to be more motivated by new technology, hence their interest in these innovative devices. As this category continues to grow in awareness, the number of devices available, the types of gaming and non-gaming content offered will keep pace. Consumer interest will likely follow suit as VR becomes more mainstream - and more tangible - for a wider audience.

For Your Consideration: Web Roundup