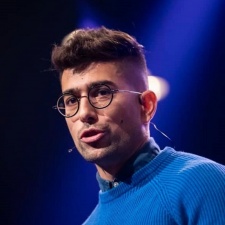 LIV, a platform that enables users to record and live stream themselves inside VR and AR games, today announced an $8.5 million Series A funding led by BITKRAFT Ventures with participation from Sony Innovation Fund, Amazon Alexa Fund, Credo Ventures, Samsung Next, and Olive Tree Capital.

The funding will be used to invest in a creator and developer fund and grow the team, with the company actively hiring across engineering, design, operations, marketing and community management.

LIV aims to revolutionise VR streaming and content consumption by enabling creators to share their adventures inside VR and AR games with their fans in real-time, either as their real selves (commonly referred to as mixed reality capture, or MRC) or as their avatar (commonly referred to as Vtubing). VR app developers integrate the LIV SDK to unlock a suite of capture tools & technologies to their users, generating video content for their apps.

The company claims to support more than half of the current Top 100 VR games with over 2,200 developers already on the platform and boasts of 13,000 monthly active creators who generate more than 30,000 hours of content every month.

The technology works live with no post-production needed. Creators are able to either film their real bodies inside a VR game or use an avatar that supports full-body tracking, finger tracking, eye animation, and lip tracking, as well as a full-suite utility stack for seeing stream chat, alerts and notifications in the headset.

In 2022, LIV will release its proprietary all-software based volumetric streaming technology and destination platform that allows creators and fans to connect in ways that are unique to spatial technologies, leaning on what makes VR and AR special: the sense of presence. It enables the capturing of entire worlds and the people that inhabit it, for playback or live consumption by anyone, on any device, opening up an entirely new category of social experiences between fans, creators and gamers.

On every headset and game

Dr. Doom (pictured), Co-founder & CEO at LIV said, “We’ve been on a mission to empower creators in VR and AR to share their adventures with their friends, family and fans since 2016. As former competitive gamers and VR streamers ourselves, we know what we want and need out of the streaming and casting experience, and set out to solve our own problems. This raise allows us to bring on board top tier investors and strategic partners that will help us get closer to our goal of LIV existing on every headset and game”

Jens Hilgers, Founding General Partner at BITKRAFT Ventures, will also join the board. He said, “LIV is ushering in a completely new content-sharing format that enables users and creators to capture their VR/AR gameplay, stream it to an audience, and interact in ways unique to spatial technologies.

"Since their 2018 launch, LIV has become the leading app for live streaming AR and VR games, with a large and continuously growing community of creators, and support for more than half of top 30 VR games. We believe VR and AR will bring forward a distinct new platform for content creation, and the VR natives behind LIV are leading the way.”