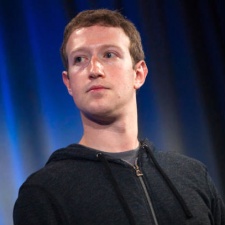 Mark Zuckerberg, CEO at Facebook and VR evangelist, has admitted that VR is, “Not going to return or be really profitable for us for quite a while.” The announcement came at the social media giant’s most recent earnings call, where Zuckerberg asked, “For the patience of the investor community in doing that”.

This request comes after industry analysts have downgraded their forecasts for VR unit sales and revenue, calling the viability of the format into question. Of VR’s journey to profitability, Zuckerberg said, “I don’t think that there is really a strategy to pull it in from ten years to five; I just think it’s going to be a 10-year thing. The analogy I always use, the first Smartphones came out in 2003; the Blackberry and Palm Treo. And it took 10 years to get to a billion units.”

Zuckerberg has certainly used that analogy before; at Facebook’s Q3 2015 earnings call, he compared VR’s growth to, “Previous computing platforms, like phones and computers,” Observing that in their first year, “I think BlackBerry and Palm Treo each sold in the hundreds of thousands of units. So just to kind of give a sense of the time frame that we’re thinking about this and how we expect this to develop, that’s how we’re thinking about that.”

At this month's earnings call, Zuckerberg repeated his expectation that VR will take time to grow to fruition saying, “If we can be on a similar trajectory of anywhere near 10 years for VR and AR, then I would feel very good about that. But I would ask for the patience of the investor community in doing that because we’re going to invest a lot in this and it’s not going to return or be really profitable for us for quite a while.”