The future of virtual and immersive in 2023 - and beyond! 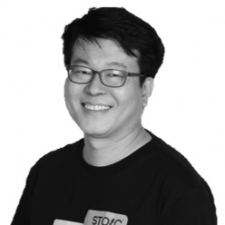 Stoic Entertainment CEO HeongSeok Kim speaks to The Virtual Report about the company’s history, plans for the future and the truth about the virtual and immersive markets in 2023 and beyond.

The Virtual Report: Tell us more about the company - when/where was it founded, what was the goal?

Hongseok KIM: Stoic was founded in March of 2014 in Korea and is now a nine-year-old company. We began as an augmented reality (AR) content developer, and initially developed an app for virtually placing furniture in rooms using Qualcomm’s Vuforia in the Unity engine for smartphones. We collaborated with one of the famous furniture companies in Korea, but IKEA launched a similar service just before our app was to be commercialised, so the project went through some hardships.

From 2016, we focused on virtual reality (VR) content, especially VR games, and have developed 12 titles so far. We decided at the time, to become the “Supercell of VR”.

TVR: Give us some information about the company’s success to date - games, funding, releases, key partnerships, etc.

Hongseok KIM: For the past eight years, the 12 VR games and four AR projects we developed were mostly for offline theme parks. “World War Toons: Tank Arena VR”, which we began developing since 2019, is our first consumer (B2C) platform game created with our VR game know-hows. It launched on the Meta Quest store on December 8th.

We had a successful Pre-A funding in 2021 and our Series A funding is nearly completed. We’ve succeeded in getting approximately 10 billion KRW($7.6 million USD) funding in total.

Hongseok KIM: The VR content market depends absolutely on the market supply of the head-mounted displays (HMDs). This is akin to the mobile content market’s fluctuation affected by the availability of smartphones.

However, I believe games are more of a starting point than a key driver for the market. When new devices appear in the market, entertainment services with easy access for the general users are the ones that receive the greatest attention.

I expect that the entertainment areas such as music videos of celebrities, chat services and games will be the starting points and the breakthrough media for pioneering new VR worlds.

TVR: Who are the market leaders in VR, from both the hardware and software sides? Which are the most capable headsets - and why?

Hongseok KIM: The most prominent hardware in the VR market is the Meta Quest 2, hands down. Even one-to-two years ago, HTC’s VIVE, Meta (previously Facebook)’s Oculus Go & Oculus Rift, Sony’s PSVR, China’s PICO & DPVR and a slew of devices were competing for growth.

However, the HMDs that required PC connection had cost-to-performance issues that led to them falling behind, and currently Meta Quest 2, which showed satisfying performance along with a comparatively low price around $399 has secured over 90 percent of the hardware market. Next year, we should all lock our eyes on the HMD from PICO, which has been acquired by TikTok’s parent company ByteDance.

TVR: What are the biggest challenges facing the VR market in the next 18-24 months? How should the industry address them?

Hongseok KIM: The biggest issue for the VR market in the next two-to-three years will definitely be the availability of HMDs. Content development is bound to hardware. As we’ve seen from the cases of numerous consoles such as Nintendo, PlayStation and Xbox, as well as for PCs and smartphones, killer content can only debut after a certain level of hardware can be distributed in certain numbers. Then the killer content and hardware affect each other, resulting in improvements on both sides.

For the VR market, to be frank, such prominent contents/services have yet to be fully established. However, with the 15 million sales of Meta Quest 2, I think it’s high time for the killer content and services to appear. When these services make their mark and the demand for hardware skyrocket, that is when the VR worlds will truly set sail, so to speak.

TVR: What should we expect from the VR market in 2023 and beyond? What are the biggest changes we should expect?

Hongseok KIM: In 2023, Meta Quest 3, Sony’s PSVR2, Apple’s Glasses and more innovative products are expected to erupt into the market. Then day-to-day services other than the entertainment sectors, such as office environment programs and utilities will become supercharged.

Next year is expected to be the year of expansion beyond entertainment for VR and AR, intrinsically connecting to everyday life – when content/service developers will be able to seize greater opportunities.

In truth, the hardware, which requires huge amounts of costs, will be in the hands of the global big tech companies. So the “fun, essential services” that operate in new, innovative devices will be developed by the small and medium-sized, nimble developers.

The forecast for VR market after 2023 will require intense discussion and solutions on how to merge the expanding VR world and reality.

TVR: Where did the idea for World War Toons: Tank Arena come from? Was VR the focus from the outset?

Hongseok KIM: World Ware Toons: Tank Arena VR’s original IP comes from a VR game released for PlayStation VR1 in 2016. The original game was a VR first-person shooter (FPS) project developed for four years by America’s Studio Roqovan along with developers who worked on the Call of Duty series and artists who worked at Pixar/Disney.

Stoic Entertainment signed an agreement for use of the original IP in 2019, then focused and expanded upon the tanks in the original FP game to create a spin-off, which became World War Toons: Tank Arena VR. We focused on the tanks because back in 2019, Stoic was mainly developing VR games for offline VR theme parks, so we wanted to create a game that had rides(vehicles) for the attractions(simulators).

TVR: What are the plans for the game - release date(s), markets, target audience?

Hongseok KIM: World Ware Toons: Tank Arena VR launches in December 8th, 2022 for the Meta Quest store. Our main targets are male gamers of ages 18-36. Out in-house nickname for the game is “VR Overwatch”. Each tank in the game has unique character-like perks, and can take on roles such as tanks (excuse the pun), damage dealers and healers. So you can form parties and take up different roles as you enter the battlefield. In addition, gamers can also play solo as in Overwatch, so it will appeal to many gamers of varying tastes who love battle games.

Furthermore, you can also freely change the tank skins and gun barrel decorations to show off your style, and an update for a campaign mode is also in preparation, so we recommend it greatly to anyone who thirsts for a VR game with something more than repetitive combat!

TVR: What are the company’s views on the metaverse - or the future of shared immersive experiences?

Hongseok KIM: Last year, the entire world was ecstatic about the keyword ‘metaverse’. This is quite similar to the ‘mobile’ fever of 2000-2001, and the VR craze in 2014-2016. The press, at each of those eras, also showed keen interest in these keywords, suggesting that the mobile/VR dominance will sweep the world. But in fact, I am of the opinion that the mobile market only truly took off in 2007 with the advent of the iPhone, and the VR market truly began from 2021 with the release of Meta Quest 2.

The metaverse, in concept, began from the novel “Snow Crash” during the 1990s, but seems to have gained excessive spotlight due to the COVID19 crisis. Of course, I have no objection against the argument that humanity’s future is gradually heading towards a metaverse universe.

However, I believe that era has yet to come to fruition as of now, and that new technologies such as AR or VR will be the bridge that will generate new contents and services as they improve and mature.

As we are now dependant on mobile services for reading the news, shopping and navigating with our smartphones, only when our daily activities are immersed in virtual reality can the true metaverse era will take form. Of course, this is only my personal opinion, as the definition of what encompasses metaverse differs for each person.

TVR: What is your dream project?

Hongseok KIM: Every time our VR game development encounters an obstacle, we always watch Steven Spielberg’s film “Ready Player One”. I think we’ve watched it over 20 times by now. Once, we considered America’s The Void as the ultimate destination of the VR journey. However, we now hope to contribute – however small – to realising the virtual services connected to daily life, as opposed to solely focusing on the entertainment section of the industry.

That’s about it. Our company’s goal is “to gain the energy to live in the real world through the fun experiences of the virtual one.” Thank you.