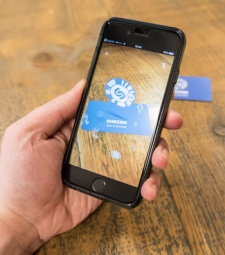 Down from its $1 billion value in the last funding round, Apple has acquired Shazam for a fraction of the price: $400 million.

The app allows users to listen to and identify music, TV shows and films from short audio clips on their phone or tablet. This sound recognition technology is already integrated with Siri on iOS devices; however, the new acquisition could further develop this integration with Apple’s music streaming service, Apple Music.

Another crucial part of the deal, as discovered and confirmed by Techcrunch, is Shazam’s AR platform for branded content. Partnered with mobile AR developer, Zappar, Shazam has built an AR code reader within the app, allowing users to scan codes and display short form AR content from brands. With Apple’s new and expanding ARKit, it’ll be interesting to see what the tech giant does with the feature.