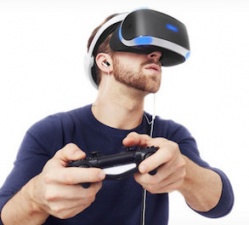 Sony follows its successful Black Friday period for PS VR with another marketing push, this time allowing users to try before they buy.

The Try PlayStation VR scheme sees consumers receive a PS VR headset, PlayStation Camera, two Move controllers and Skyrim VR free for two weeks - as long as they received an invitation email first, and are based in the US. As first reported by Gamasutra, players can return the PS VR at any time and at no cost if they decide it’s not for them. Anyone that decides to buy after they try will qualify for a discounted $300, down from $450. That the definition of a no-brainer in our book!

The program signals Sony’s continued commitment to VR and began on 1st December with 1,400 demo spaces, all of which have been filled at time of writing. Sony is yet to announce if it will offer additional spaces in the future.