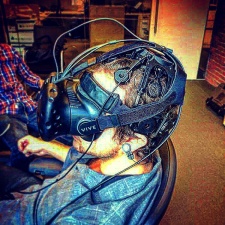 Neurable has announced the completion of a $2 million seed funding round to help bring its brain-controlled software for AR and VR to the market. The round was led by Brian Shin of BOSS Syndicate, a Boston-based group of regionally focused investors and Robert Winter, an investor and advisor to start-up companies. Other investors include PJC, Loup Ventures and NXT Ventures. Ramses Alcaide, Co-Founder and CEO at Neurable said, “Our investors share our vision for the broad potential of our technology and for creating a world without limitations without limitations.”

Neurable’s patent-pending technology interprets intent based on users’ brain activity, enabling real-time control of software and connected devices using only the power of the brain. The software aims to provide solutions to the current problems and limitations within AR/VR, offering a hands-free method for control that avoids the restrictions of other technologies like eye-tracking or voice commands. It is also wireless, meaning unimpaired movement for users.

Currently, the company is developing a software dev kit for integration of its technology with AR/VR content and headsets. The kit includes plugin support for game engines such as Unity and Unreal as well as Qt, a platform for UI, application, and embedded device development. Neurable has confirmed that the kit will be released to select developers in the second half of 2017.