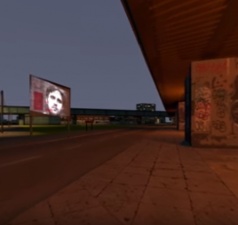 The BBC has today launched a new Virtual Reality app for free on Android and iOS. At launch, the BBC Taster VR app includes content from BBC Three and Planet Earth II, with more from across the BBC coming soon.

The app is part of BBC Taster’s remit to put the BBC’s early and experimental ideas in the hands of audiences. It will feature a range of content designed to push the limits of Virtual Reality on mobile devices, including animated VR, interactive 360° videos, dynamic binaural audio and branching narratives, which let users decide where to take the story.

One of the first pieces of VR to be published in the app is a trailer for upcoming BBC Three feature-length documentary One Deadly Weekend in America. The VR trailer is a virtual experience about gun crime, immersing you into an American street scene where clips from the documentary play around you.

Other content to feature in the app at launch includes new interactive 360° content from Planet Earth II, which enables viewers to choose their path through the story. The app will be regularly updated with new VR experiences over the coming weeks and months.

Andy Conroy, Controller of BBC Research and Development, said, “BBC Taster VR will be a fantastic showcase for some brilliant new commissions, as well as some new takes on some of the best BBC Taster VR experiences to date. It gives audiences cutting-edge mobile VR experiences from the BBC and, crucially, gives our editorial and technical teams even greater insight.”

The One Deadly Weekend VR trailer was developed by BBC Three in collaboration with Parable VR. It was commissioned by BBC Three controller Damian Kavanagh, who will be taking on an additional role as editorial lead for BBC Taster, working closely with BBC Research & Development.

Damian Kavanagh, Controller, BBC Three said, “Since moving online, BBC Three has already delivered best in class storytelling, great curation, content which reflects the diversity of the UK, and now it’s time for us to innovate even more. My new role as editorial lead for BBC Taster will help use new technologies to explore a new ways to tell stories that will engage our audience.

“This new VR trailer is a fantastic first step. Using Virtual Reality puts the audience in the shoes of the victims of gun crime. It’s the first time the BBC has ever used VR in this way, and offers a whole new way to engage an audience.”

BBC Taster VR was developed using technology from EEVO to help BBC teams publish experimental mobile VR experiences to audiences. Alongside user feedback, the app provides analytics and VR heat maps to show where users are looking. This will help BBC developers and editorial teams learn more from their content, helping them to refine storytelling techniques in this emerging medium.