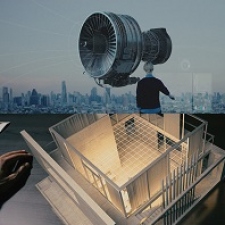 Varjo Technologies has emerged from stealth to reveal headset technology with a claimed resolution 70 times higher than any currently shipping or announced HMD, including Magic Leap. The Finnish company describes it as, ‘The world’s first Human eye-resolution headmounted display’.

Varjo’s patented technology replicates how the human eye naturally works, creating a super-high-resolution image to the user’s gaze direction. This is further combined with video-see-through (VST) technology for AR/MR capabilities.

Codenamed “20|20” after perfect vision, Varjo’s prototype is based on unique technology created by a team of optical scientists, creatives and developers who formerly occupied top positions at Microsoft, Nokia, Intel, Nvidia and Rovio.

“Varjo’s patented display innovation pushes VR technology 10 years ahead of the current state-of-the-art, where people can experience unprecedented resolution of VR and AR content limited only by the perception of the human eye itself,” said Urho Konttori, CEO and founder of Varjo Technologies. “This technology, along with Varjo VST, jump-starts the immersive computing age overnight – VR is no longer a curiosity, now can be a professional tool for all industries."

This technology will be shipping in Varjo-branded products specifically for professional users and applications by the end of the year.