"We will not be hardcore! We believe in bringing VR to the masses": Nizar Romdan on the global Virtual Arts mission 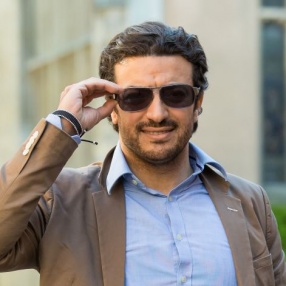 Last month, Virtual Arts announced its existence and its intentions. The Cambridge-based company is founded mostly from former members of ARM and Sony Guerrilla and they're on a mission to create VR games and experiences that are accessible to everybody. And that means squeezing the most out of entry-level devices. The first game on the roster is racing title Cargo, which was playable at Gamescom.

Headed by Nizar Romdan and Doug Day, Virtual Arts unveiled their vision at the i360 opposite the Develop conference in Brighton on a rain-swept weekday. We spent time with Romdan, who is CEO and co-founder, to ask him about how the company came about, what their plans are this year, and where VR/AR is going.

The interview was extensive so we've broken it down into sections, beginning with how Virtual Arts got started and what challenges in VR and AR they're particularly keen to solve...