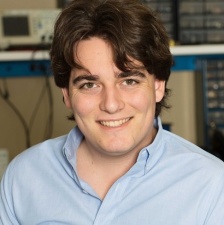 Today is Palmer Luckey’s last day at Oculus/Facebook. The news reached us in a statement from Facebook that reads, “Palmer will be dearly missed. Palmer’s legacy extends far beyond Oculus. His inventive spirit helped kickstart the modern VR revolution and helped build an industry. We’re thankful for everything he did for Oculus and VR, and we wish him all the best.”

Low Profile And The Law

The Oculus’ co-founder has been keeping a low profile since issuing an apology for his involvement in funding a political ‘shitposting’ campaign last September. Luckey’s Twitter account has been inactive since 23 September and he was notably absent at October’s Oculus Conn3ct event, despite having been a figurehead at both previous events. The disgraced exec had no choice but to attend January’s Zenimax trial, where he was ordered to pay $50 million in damages.

Luckey’s position with the company has been in question since the announcement in January that Oculus was closing the CEO role following Brendan Iribe’s departure in December. Bringing management of VR projects in-house with new VP VR at Facebook, Hugo Barra, it was clear that Luckey’s position was uncertain. Luckey leaving the company today marks the last piece of the puzzle in the senior management restructuring at Oculus.