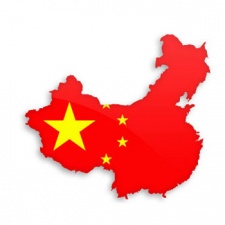 90 per cent of China’s VR start-up companies have now gone bankrupt, according to a report on China.org.cn. In 2015, 200-300 Chinese firms leapt at the chance to manufacture VR HMDs, following Facebook’s $2 billion purchase of Oculus the year before. Keen to leverage the territory’s historical low cost advantage in manufacturing, most of these companies have now ceased trading and the handful that remain are having to downsize, such as Storm Magic Mirror laying off around 200 of its personnel, as reported by iiMedia.

The start-up companies that ended in failure were largely HMD manufacturers, faced with the immense task of competing with the likes of HTC, Oculus, Sony, Samsung and Google - which all offer high-quality headsets with extensive market testing and customer support. China’s market was flooded with - and disrupted by - the mass production of VR HMDs which just could not compete with the industry leaders, as well as each other, contributing to stifled innovation and a lack of high-end products reaching customers - and ultimately leading to a decline in sales during the second half of 2016.

This revelation may seem bad news for the global VR industry at first glance, but it’s far from the end of VR in China! Let’s not forget the fact that most start-up companies fail regardless of the industry, so it would be unwise to single out the VR industry as a failure based on this information. Any new lucrative market witnesses an initial goldrush, followed by a rationalisation of the players in that space. And it’s that maturing of the marketplace that we are seeing now.

Zhao Ziming, an analyst at data collection agency Analysys maintains that the bankruptcies of the smaller companies will lead to a ‘reshuffling’ of the market, allowing bigger companies to create, organise and deploy products more effectively. The falloff could lead to higher quality and more innovation in the Chinese VR industry, making the Chinese market more competitive on a global scale.