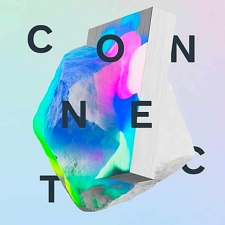 Meta talked about everything from fitness to social platforms and the future of work in today's Connect live stream.

Of course we're interested in the reveal of the new Quest Pro hardware, but with its high-end price tag to match the high-end specs, we don't see it beating Quest 2 in consumer sales. More interesting were the game and release date reveals showing what Quest gamers will be playing this year. Here’s every gaming-specific announcement from Connect:

Everyone's favourite billionaire with an artificial heart is heading to Meta Quest 2 on November 3rd, created by the teams at Camouflaj and Endeavor One, in partnership with Sony Interactive Entertainment and Marvel Entertainment.

Players will take to the skies in Tony Stark’s iconic armor, travel the world and face off against Ghost, a hacker with a dangerous drone army and a mysterious connection to Stark’s past. We're promised the game will be packed with deep-cut references for franchise fans.

Popular multiplayer shooter, Population: One, is evolving this December with the debut of Sandbox. BigBox VR will release a user-generated game creator with suggested settings including a moon base, a Viking village, or a fight with swords in zero-g. Gamers not interested in creating new content themselves will be able to discover and play new or featured community games with friends.

Innersloth, Schell Games, and Robot Teddy announced the launch date for Among Us VR and debuted their launch trailer. Among Us VR will launch on Thursday, November 10th priced at $9.99 on the Meta Quest and Rift stores. Players can now pre-order the game on the Meta Quest store and unlock a Mini Crewmate hat pre-order bonus that will be available when the game launches.

Zombie survivalists will can head back to walker-infested New Orleans this December. We're promised this return trip will be more dangerous than ever as players fight, sneak and scavenge their way through a city that’s already been picked over countless times. Skydance Interactive’s The Walking Dead: Saints & Sinners - Chapter 2: Retribution will launch for Meta Quest 2 on December 1st.

The team that designed the brutal combat of The Walking Dead: Saints & Sinners has also been working in secret on a new project. Skydance Interactive revealed the game’s name, Behemoth, and showed off a glimpse of this grim new world. Behemoth is being built from the ground up to showcase everything Skydance Interactive has learned about what it means to fight for your very survival in VR.

As well as showing new games during Connect, Meta also revealed $1.5BN+ lifetime Quest store sales, plus information on the best-selling VR games that are making millions of dollars. Find out more here.