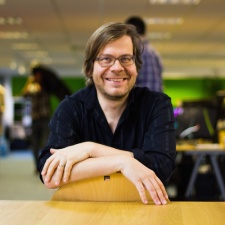 Game design veteran and academic, Aki Järvinen of Game Futures, looks at the importance of presence in VR and argues it could be the most important factor in realising the medium’s potential.

Presence is one of those concepts that when we are not asked about it, we know what it is, but when asked, we have hard time to explain it. In the realm of games, ‘game mechanics’ is a similar one.

Your intuitive notion of presence might be ‘it’s the feeling of being there’, or something similar. Any designer knows though that such an abstract statement doesn’t really help in designing for it. So, let’s break the concept down, in order to understand in a more structured way, why it is so important for VR.

Not surprisingly, academic researchers have debated presence and its meaning. Mel Slater is one of the prominent academics who has criticized presence for its vagueness. He breaks it down to two things which both characterize what having realistic responses towards virtual places and objects is about: Place Illusion and Plausibility Illusion. The first is about us entering VR and having a sensation of being in a real place. The second is about what starts happening there; about the feeling that the monster in Resident Evil 7 is actually hunting you.

Now, you might argue that presence has existed in video games since that old text or point-and-click adventure with a world that felt completely immersed into. However, that’s exactly what we want to avoid here, i.e. expanding the definition of presence needlessly.

Being narrow-minded is a virtue here. Mel Slater, luckily, has done the dirty work for us already. He argues that games or virtual worlds on screens are not able to convey a true sense of presence. This is because they do not provide the player with so-called sensorimotor contingencies that we use to perceive things. Gaze and head movement are examples of typical ‘SCs’ that VR leverages.

Consequently, even if we would feel a degree of place illusion in, say, Minecraft, playing it on a desktop computer we do not gain more information of its world by turning our head, whereas in VR titles we do. Therefore, it feels so real aiming and shooting with bow and arrow, or fighting with a sword and shield in Vanishing Realms. Or, as taking on the role of a Quarterback in VR Sports Challenge and being there, in the middle of the huddle.

Obviously, pure presence can only take one so far, even if some of the less interactive VR ‘experiences’ definitely bank on that. Games have always engaged us through the agency we have been given as a player; the verbs the designers have granted us to pursue the goals of the game. However, is true presence in VR shifting the balance away from game play? Or, what is presence-lead game play? Are we going to look back at the current titles as representatives of an era of transition?

The field is still in flux, but likely we will. The prominence of presence in VR does require game designers to rethink some of the fundamental pillars of good game design; otherwise VR does not develop further than being no more than a glorified UI to tried and tested core mechanics – in established platforms.

The Promise Of Social Presence

And then, we have social presence – how one feels the proximity of others in the virtual space. Social presence in VR essentially organised around multiplayer telepresence: bringing players to a shared online space, but this time, spiced up by the kind of presence we are talking about here.

In my ongoing analysis of data regarding VR game titles, there is an interesting outlier. Werewolwes Within repurposes the social parlour game known as Werewolf or Mafia into a VR multiplayer game. According to data from Steamspy, the game has had a small player base, but those who play it, relatively spend way more time in it compared to the more downloaded titles. This speaks for social presence as one of keys in VR to boost engagement and retention, which are huge challenges for VR game developers out there at the moment.

In short, via leveraging our real-life sensorimotor contingencies, VR privileges presence as its distinctive design domain. It’s the route for native VR experiences. We know great games from relentless iterations and layers of polish. In the context of VR game design, these design and development activities should focus on presence, and could be the key to unlearning traditional conventions and saving VR from the overused tropes of AAA game design.

Then, after having mastered the rules for designing presence, we can start breaking them.

Aki Järvinen, Ph.D., is a game designer veteran and academic at Sheffield Hallam University. Since 2002, Aki’s career has included studios such as Fathammer and Digital Chocolate. His background is in design, but Aki has led teams in developing state-of-the-art mobile and social games. From the beginning of 2016, he has been focusing on building Game Futures, a research and consulting initiative poised to help studios to think about the future in a structured way, with VR and AR currently in focus.