Million Dollar Babies: The XR Studios That Are Smashing It! [UPDATE 6th Sept] 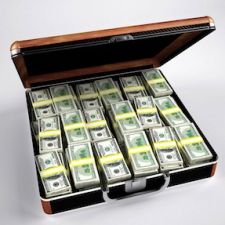 With VR – and even more so AR and MR – still in its infancy, the list of studios who have broken the million-dollar barrier is short, but distinguished (to mis-quote everyone’s favourite navigator, Goose).

Raw Data may have been the first VR title to clear $1M in a month, so there really was no-one else we could put at the top of our 25 Developers To Watch feature at the end of last year. But halfway through 2017 and the terrain looks more than a little different...

So we thought it was time to recognise the progress made by the VR industry in its infancy and put together a list of the VR, AR and MR developers and publishers that have broken the million-dollar barrier.

We’ll add to this list as more immersive games earn their sales stripes, so if you think we’ve missed something, please contact the Editor at [email protected] - preferably with supporting data.

So without further ado and presented most recent first, let’s look at the members of this most exclusive club...