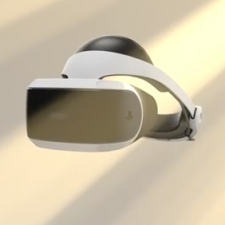 Sony has sold 915,000 PS VRs between its October 2016 launch and 19th February this year. This information was revealed by Andrew House, Global Chief Executive at Sony, during an interview with the New York Times. This is the first time that any of the three leading at-home VR hardware platform holders – HTC, Oculus and Sony – have released sales data.

Despite stock shortages in the four months since release, Sony has averaged just under a quarter-of-a-million PS VR sales per month. At a price point of £349, global PS VR revenues during this period total £319,335,000, not taking into account regional variations, software sales and additional hardware such as cameras or controllers.

One Million By April

House stated an internal goal of one million units sold by mid-April and if sales continue at recorded average rates, Sony looks set to smash this target to end on 1,372,500. The final total could be higher, as House said the supply of PS VR headsets will improve by April.