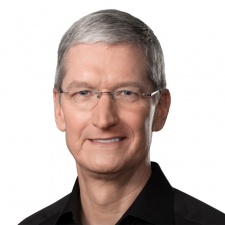 Writing in a post on Medium, Kuo stated that, “Although Apple has repeatedly reiterated its focus on AR, I believe Apple AR/MR supporting video see-thru could also offer an excellent immersive experience. Therefore, the launch of Apple AR/MR will further boost the demand for immersive gaming/multimedia entertainment.”

Kuo also said that the headset is set to be, “The most complicated product Apple has ever designed” and “a game-changer for the headset industry.”

Although Apple hasn’t made any official comment on the rumoured headset, Apple CEO Tim Cook recently told China Daily USA to stay tuned for news on what the company has planned. This statement from Kuo gives us the clearest glimpse yet as to what Apple has planned for the XR space.

"Apple's global rivals will compete to imitate it"

He also stated that “After Apple launches AR/MR headset, I think Apple’s global rivals will compete to imitate it, leading the headset hardware industry to the next stage of rapid growth and benefiting the related services and content ecosystem.”

Kuo stated that the slowdown in VR hardware investment by Meta is beneficial to other existing brands, such as Sony and Valve. However, he claimed that the strategy of selling headsets at a loss was unsustainable in the current business environment, and would benefit other existing VR brands.